Idealistic Sandra Beecher has just started working as a Science teacher at Kona-Pali High School in Hawaii, being hired for this job despite her teaching background being English. Her reason for taking the job is largely to run away from the mainland and a failed marriage. She finds that her students are an unmotivated lot, largely because there are low societal expectations of them, including from their parents and the school faculty. As such, she directs a handful of her most unmotivated students to attend a regional science fair at which there are no Kona-Pali displays to come up with their own science fair projects. An incident at the fair does spur one of her students, Daniel Webster, self-professed as not being good at most things but believing he is a good designer, to announce, with the support of his fellow students, that they want to build a solar powered car of his design as their project, and to enter that car in the upcoming Inter-island Race. American Corporate giant, CelTech, has agreed to sponsor the winner of that race for the grueling six day, 2,800km long Trans-Australian World Solar Challenge, at which the best minds in this field – corporate and academic – will be participating. CelTech expects their own financially supported entry to win the Hawaii race. Despite the odds against them, Ms. Beecher agrees, and is eventually able to convince, albeit reluctantly, the school’s shop teacher, Frank Machi, to be another school supervisor on the project. The students, Sandra and Frank have to overcome many obstacles to even getting a finished product to enter the race, from self-doubt, to internal issues which may raise irreconcilable differences between the team members, to mostly everyone external to them believing they cannot achieve their goal. Their largest naysayers are their competitors, including CelTech, and current world champion, Hans Kooiman of the Euro Team, who have an elitist view of their world.

Also Featuring the Cast of Race the Sun 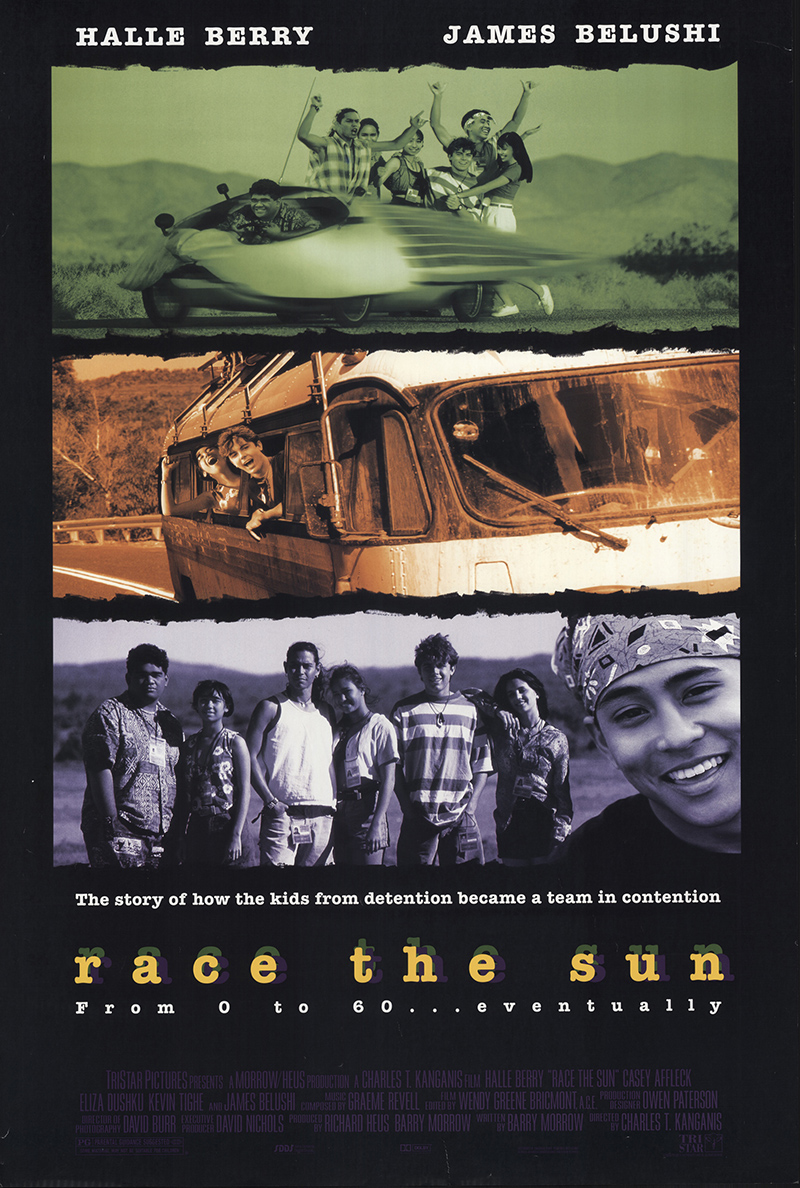