Condition Note: (VF-NM) No pinholes| slight discoloration along fold lines| ink on back visible from front

Hapless driving instructor and former Gunnery Sergeant Rafferty, living in squalor near Hollywood, California, doesn’t put up too much of a fight when two ladies hitch a ride and attempt to kidnap him in their attempt to get to New Orleans; while initially put off, Rafferty finds he’s charmed by the kooky pair of misfits and the three of them drive to Las Vegas, Nevada and later Tucson, Arizona, where their bond eventually unravels.

Also Featuring the Cast of Rafferty and the Gold Dust Twins 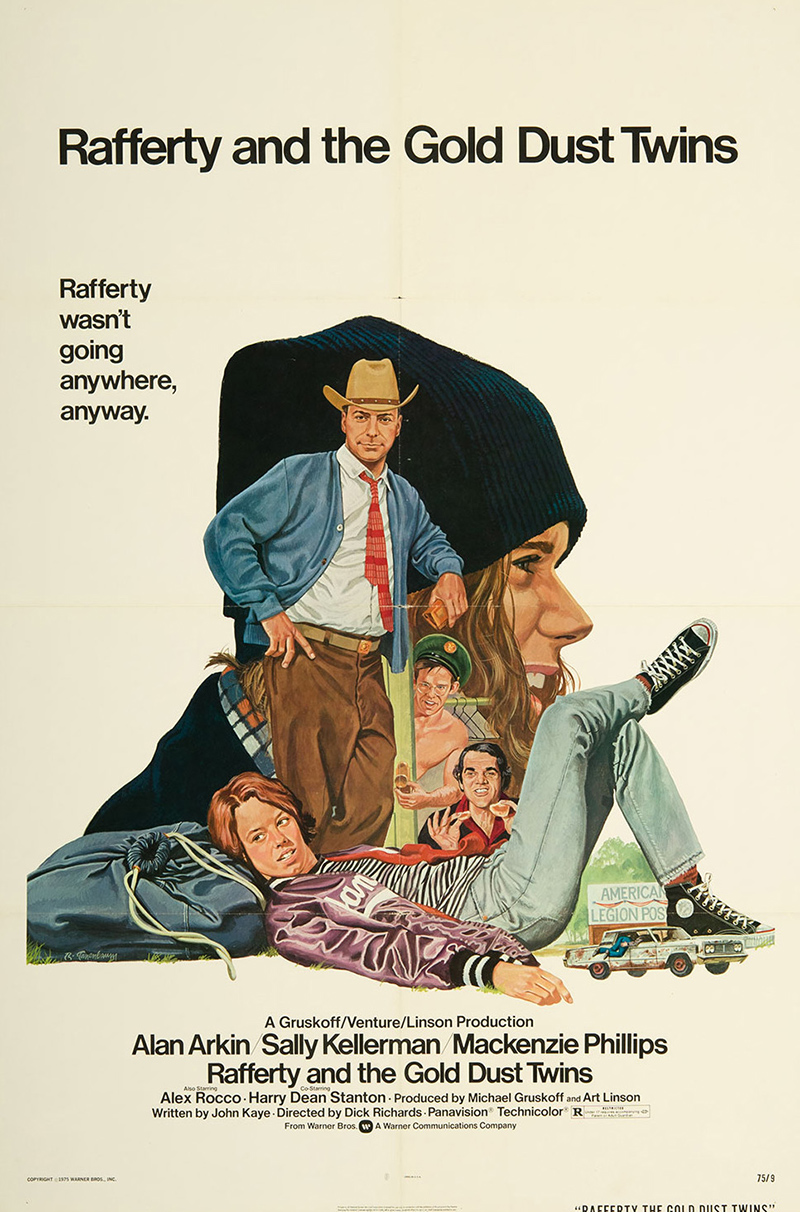 You're viewing: Rafferty and the Gold Dust Twins $25.00
Add to cart