Captain Foster plans on raiding German-occupied Tobruk with hand- picked commandos, but a mixup leaves him with a medical unit led by a Quaker conscientious objector. Despite all odds they succeed with their mission. On the way they pick up and drug the mistress of an Italian general, blow up the entire fuel supply for the Afrika Korps, and swap philatelic gossip with Field Marshal Erwin Rommel. Raid on Rommel, the 1971 Henry Hathaway World War II (WWII) military fighting-the-Nazis-in-Africa action thriller (“He took on Rommel… The Sahara… And a unit of untrained men to blow the Desert Fox to Hell…”; “Private property of an enemy general ..and bait for a death trap!”) starring Richard Burton, John Colicos, Clinton Greyn, Wolfgang Preiss (in the title role as General Erwin Rommel), and Danielle De Metz

Also Featuring the Cast of Raid on Rommel 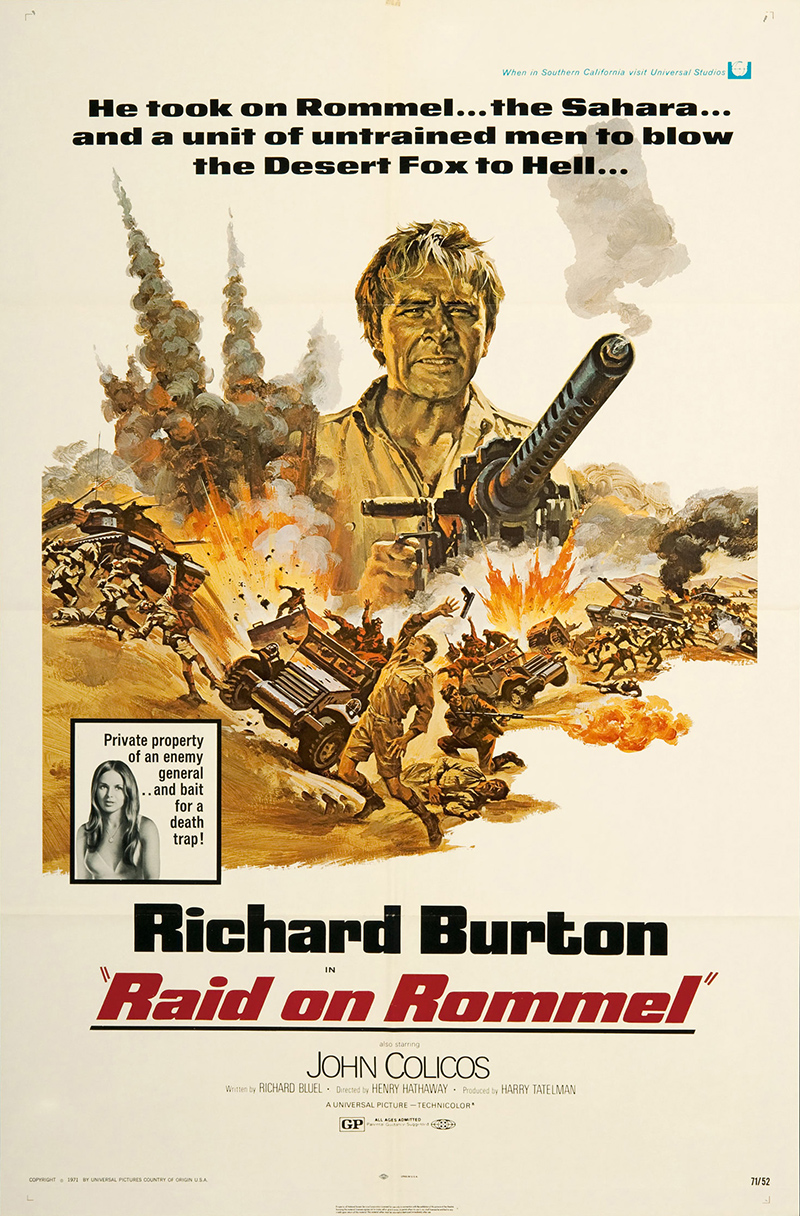