A group of seven West Texas ranchers, poverty-stricken by the just-concluded war-between-the-states, headed by John G. McElroy (Brian Keith’ ), a former colonel in the Confederate army, attempt to drive their cattle herds from Texas to the rail-head at Hays City, Kansas. They encounter trouble at the borders of the Six Nations Indian country in the Territory of Oklahoma. Convinced that they must have an extension of the rail-line into Texas, they continue to Hays City to demand it. The manager of the Kansas & Pacific Railroad is behind schedule in building tracks to Puueblo, Colorado and refuses to do anything for the Texans. The irritated Texans start a war of attrition against the railroad which bring them into conflict with Wild Bill Hickok (Robert Culp) and “Buffalo Bill” Cody (Jim McMillan), who are employed by both the railroad and the U.S.Army, and “Calamity Jane” Canary. The Raiders, the 1963 Herschel Daugherty cowboy western (“Throughout the southwest no name was more feared than The Raiders”; “The only band of men to fight the U.S. army to a standstill was the RAIDERS”; “They were the thundering tornado on horse back called The Raiders”) starring Robert Culp (as Wild Bill Hickok), Brian Keith, Judi Meredith (as Calamity Jane), James McMullan (as Buffalo Bill), Alfred Ryder, and Richard Deacon (best remembered as Mel Cooley on TV’s “The Dick Van Dyke Show”)

Also Featuring the Cast of The Raiders 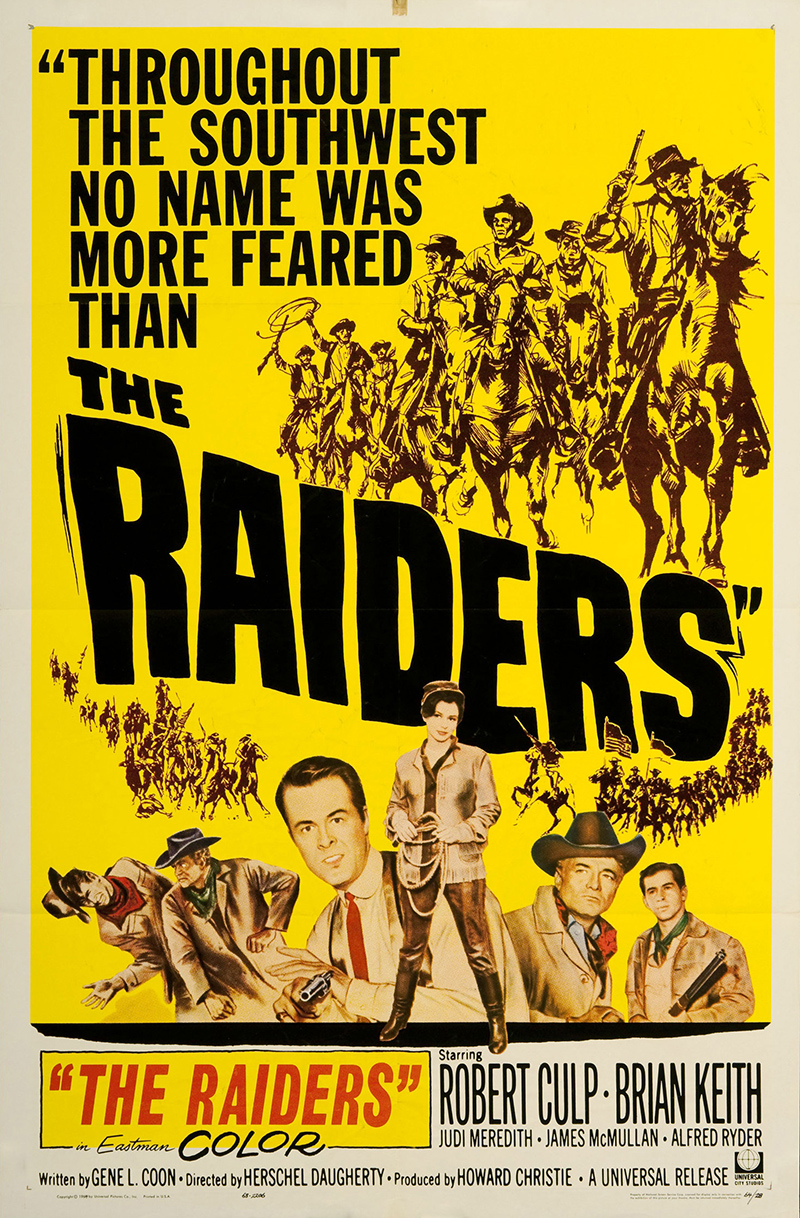