Condition Note: Condition: Good to Very Good. Previously folded, some fold wear, edge wear, some wrinkling and scuffing throughout, slight staining on borders, pinholes in top and bottom sections, tears on all borders with some missing paper, single-sided, stored flat

Jess Brady and Rupe Pardee are in jail in Gunsight, Texas, blamed for leading a wagon train into a Comanche ambush, and about to be hanged. They protest their innocence and claim that the Indians want to kill them also. The Comanches attack the jail in an effort to capture the prisoners, but are driven off the soldiers of the garrison led by the Captain. Expecting another attack, the Captain and a small detail of men move the prisoners out of town in a wagon, but they are under constant surveillance by the Comanches. The detail arrives at a way station the same time as a stage coach carrying Marsha Collins, and her fiancée, Farley Durand, a government supply officer. All are trapped in the station which is under constant attack by the Indians. Brady and Durand resume a personal battle that dates back to the Civil War when they served together. The wounded Captain decides to gamble on Brady and Pardee, their experience being the only hope for an escape. In the escape battle, it is revealed that Durand was responsible for the attack on the wagon train, and not Brady and Pardee.

Also Featuring the Cast of The Rawhide Trail 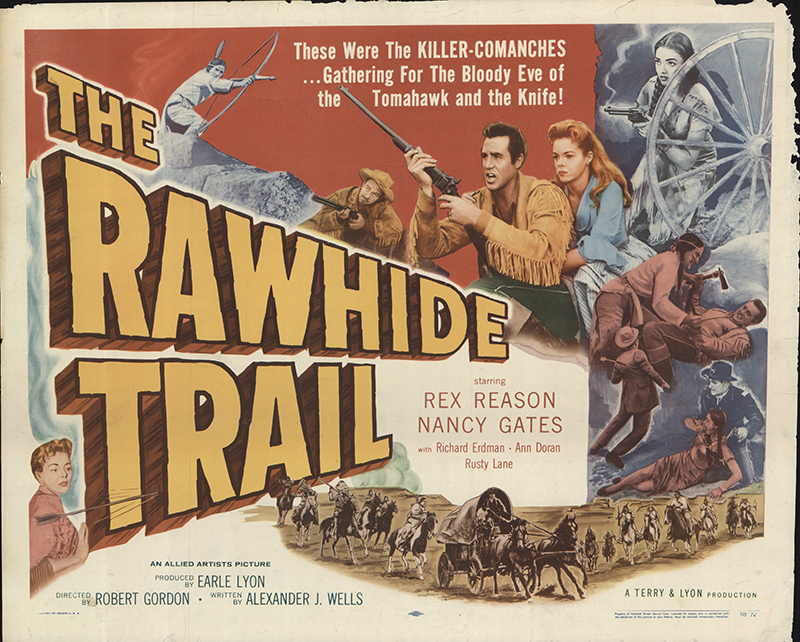