The classic 1955 Nicholas Ray teen melodrama (“The reception committee for the new kid on the block!”; “The overnight sensation of ‘East of Eden’ becomes the star of the year!”; “Warner Brothers put all the force of the screen into a challenging drama of today’s juvenile violence!”; “He was new on the block, the pretty girl belonged to the leader of the gang, and the leader of the gang called him ‘chicken’ to his face…”) starring James Dean, Natalie Wood (in her nominated for Best Supporting Actress Academy Award role), Sal Mineo (in his nominated for Best Supporting Actor Academy Award role), Jim Backus (most famous as the voice of Mr. Magoo and as Thurston Howell III in TV’s “Gilligan’s Island”), Edward Platt (best known as the “Chief” on TV’s “Get Smart”), and Dennis Hopper (in a bit part as one of the “goons”).

Also Featuring the Cast of Rebel Without a Cause 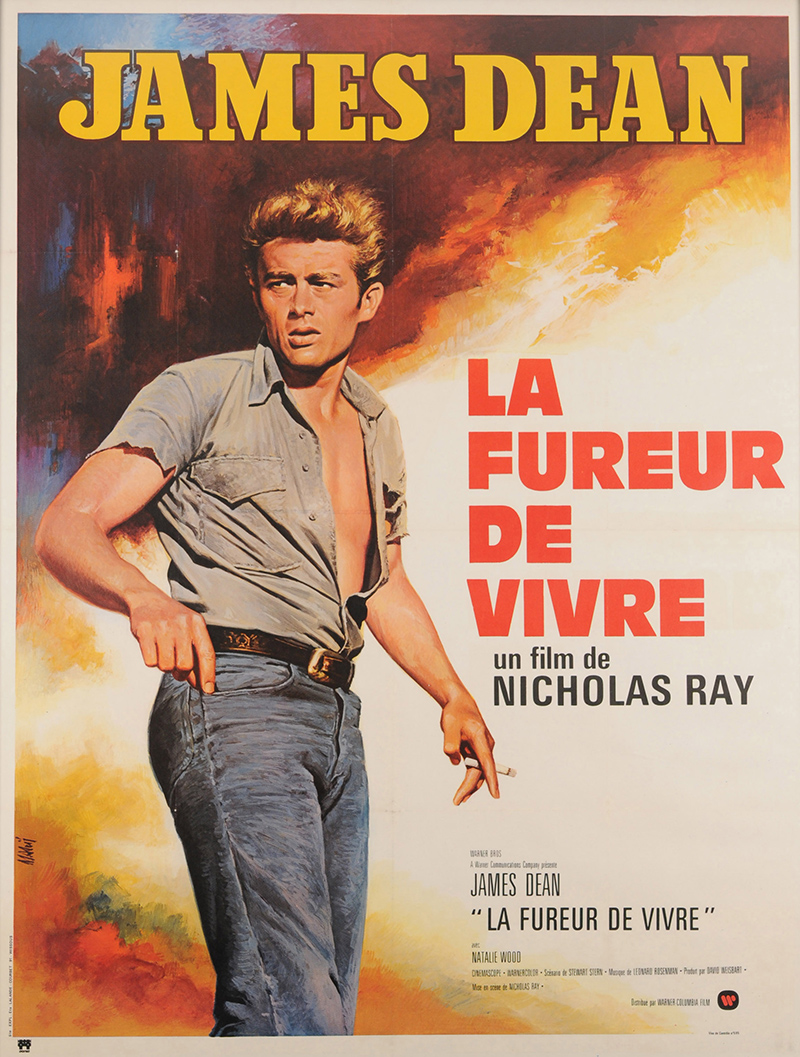