Condition Note: Condition: Very Good to Fine. Previously folded, some fold wear, some edge wear, some creasing in corners and along top border, some scuffing throughout, tears on left and right borders and top border, single-sided, stored flat

Shortly after the end of World War II, British Colonel Michael ‘Hooky’ Nicobar is assigned to a unit in the British Zone of Vienna. His duty is to aid the Soviet authorities to repatriate citizens of the Soviet Union, many of whom prefer not to return to their home country. Billeted in the convent run by Mother Auxilia, Nicobar, and his military aides Major John ‘Twingo’ McPhimister and Audrey Quail, become involved in the plight of a young ballerina who is trying to avoid being returned to Moscow. Nicobar’s sense of duty is tested as he sees first hand the plight of the people he is helping return to the Soviet Union; his lack of religious faith is also shaken by his contact with the Mother Superior.

Also Featuring the Cast of The Red Danube 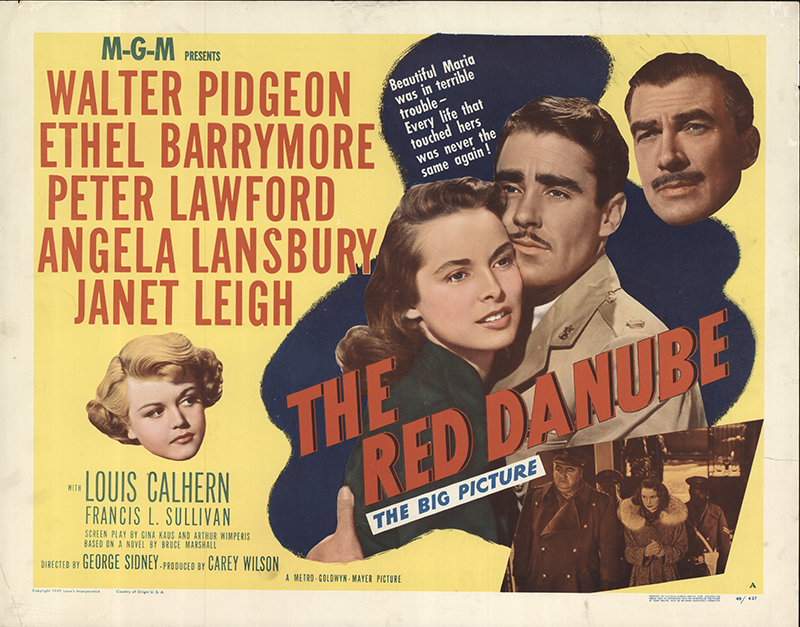