Arriving in Red River to join their friend Chet Andrews in the ownership of a cattle ranch, Jim Carey and his pal Ike discover that Chet has been jailed for resisting the efforts of a swindler, Scott Yager, to evict him from the ranch. Yager, through a Spanish land grant, and with the help of a crooked Judge, has proven ownership to all the land in the Red River territory. He and his henchmen have been evicting all of the ranchers who won’t pay rent on their own ranches. Jim and Ike gain the confidence of a crusading newspaper editor, Sam Sterling and his daughter Carol. Jim and Ike, dressed in black robes and masks, attend a meeting of the ranchers and offer to help them. They join Yager’s gang and, following orders, collect the rent money, but then don their robes as Mr. Justice, and hold up Yager’s other collectors and return the money. Jim breaks into Yager’s office and finds proof that the land grant is a fake, but Yager discovers the robes worn by Jim and Ike, both as Mr. Justice, and has two of his henchmen wear them and take money from the ranchers, thus breaking their confidence in “Mr. Justice.” And then, Jim and Ike are captured by Yager. 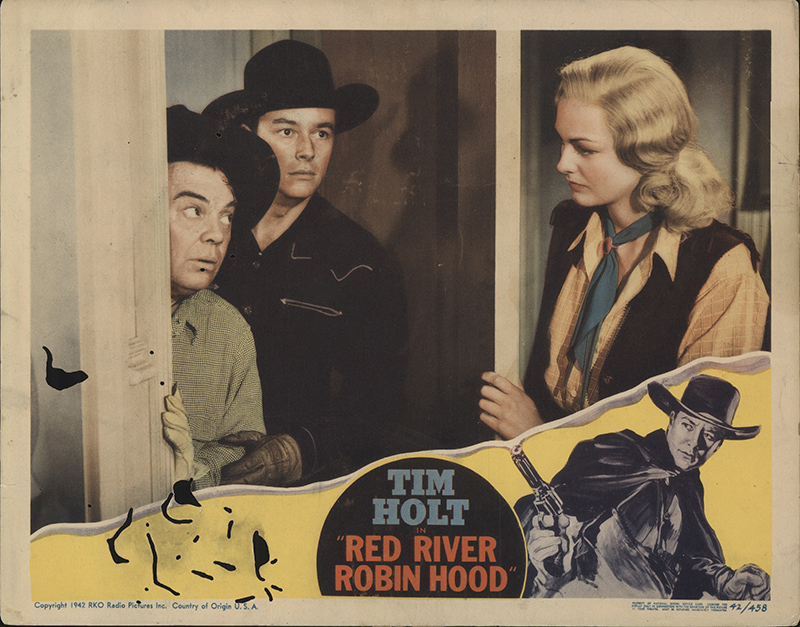