The bizarre 1967 John Huston sex thriller (with homosexual overtones; “In the loosest sense he is her husband… And in the loosest way she is his wife!”; “Most women in her situation would do the very same thing! They just wouldn’t do it as well, or as often!”; “Based on the novel by Carson McCullers”) starring Elizabeth Taylor, Marlon Brando, Brian Keith, and Julie Harris. 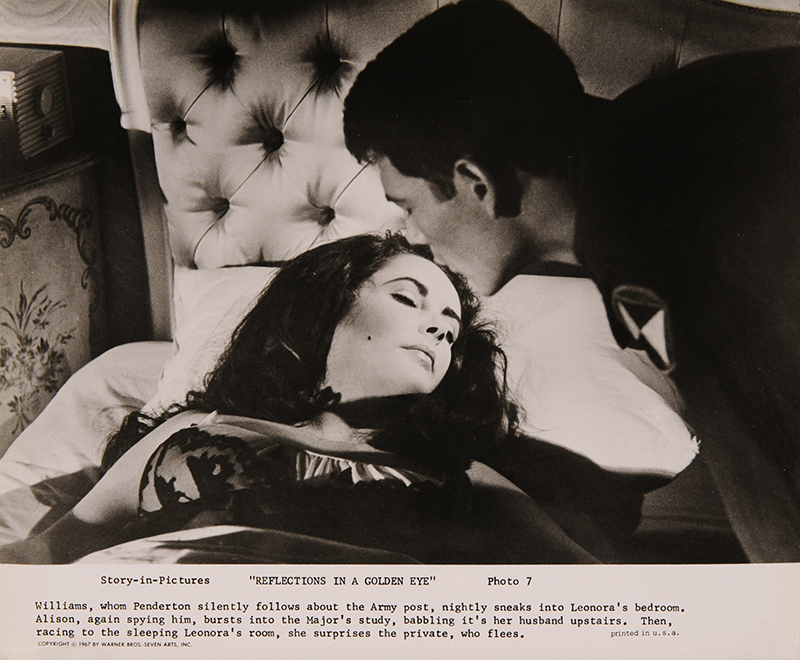