It is twenty years in the future, and the planet has been devastated by vicious fire-breathing dragons. The last vestiges of humanity now struggle for survival at remote outposts. In a ruined castle in the English countryside, Quinn is desperately trying to hold together a band of frightened, restless survivors. As a boy, Quinn watched his mother die protecting him from one of the beasts, and is still haunted by the memory. One day, a group of American rogues shows up, led by a brash, tough-guy named Van Zan. He claims to have discovered a way to kill the dragons once and for all, and enlists Quinn’s help. But doing so will force Quinn to confront his own frightening memories. This, and Quinn’s responsibilities to those that are under his protection, results in a battle of wills between the two men. In the end, events cause them both to realize that they must work together to defeat the monsters–both without and within.

Also Featuring the Cast of Reign of Fire 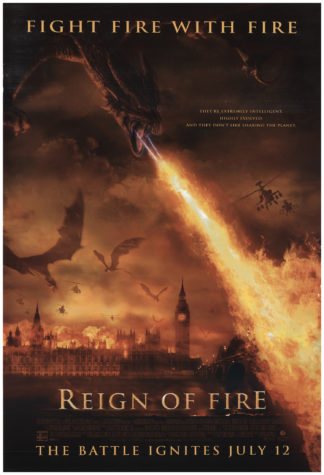