To get possession of choice ranch lands, Matt and Jake Kilgore frame Sam Griffin for stealing cattle from Lige Saunders, set themselves up as vigilantes and then hang him. Then they urge Ol’ Mitch, who has taken in Griffin’s daughter, Sammy Lou, to take revenge against Saunders. Turning about, the brothers incite Saunders to go gunning first. Neither rancher falls for the trap; Saunders because Kate Kilgore, the only decent member of the family, tells him about her brothers’ plan. Saunders sends for his son, Wild Bill Saunders, the most feared gunman in the southwest. Later, Jake Kilgore pretends to want to buy the Saunders place and, when ordered off, he shoots Saunders and leaves behind a gun that will incriminate Old Mitch. Bill arrives a few minutes later, learns from his dying father what happened and takes after Jake. A running gun fight ends in a canyon where the two men struggle hand to hand, and Jake falls dead from a bullet from his own gun intended for Bill. Meanwhile, Matt and his gang ride to Ole Mitch’s place, intending to lynch him for killing Saunders, Bill gets there first and drives them off. Bart, one of the henchmen, drops behind to spy on the newcomer. He hears Bill tell Kate, who had also came to warn Ole Mitch, about Jake’s death. Bart hurries to tell his boss, and when Kate returns home Matt beats her, ties her to a chair, and then sends two of his henchmen, posing as deputy sheriffs, to arrest Bill for the death of Jake. Bill, over the protests of Sammy Lou, gives up his guns and the henchmen start him off for what is to be a rendezvous with a lynching party. Kate gets free and rides to get help from Old Mitch, Cannonball and other ranchers. Bill is about to be hanged when Kate, Sammy Lou, Mitch and the others arrive. In the exchange of bullets, Kate is killed by her brother Matt, who escapes. Bill pursues him and kills him in a gun duel. Peace is restored to the community and Bill settles down on the ranch he inherited from his father, with Sammy Lou not far from his side.

Also Featuring the Cast of The Return of Wild Bill 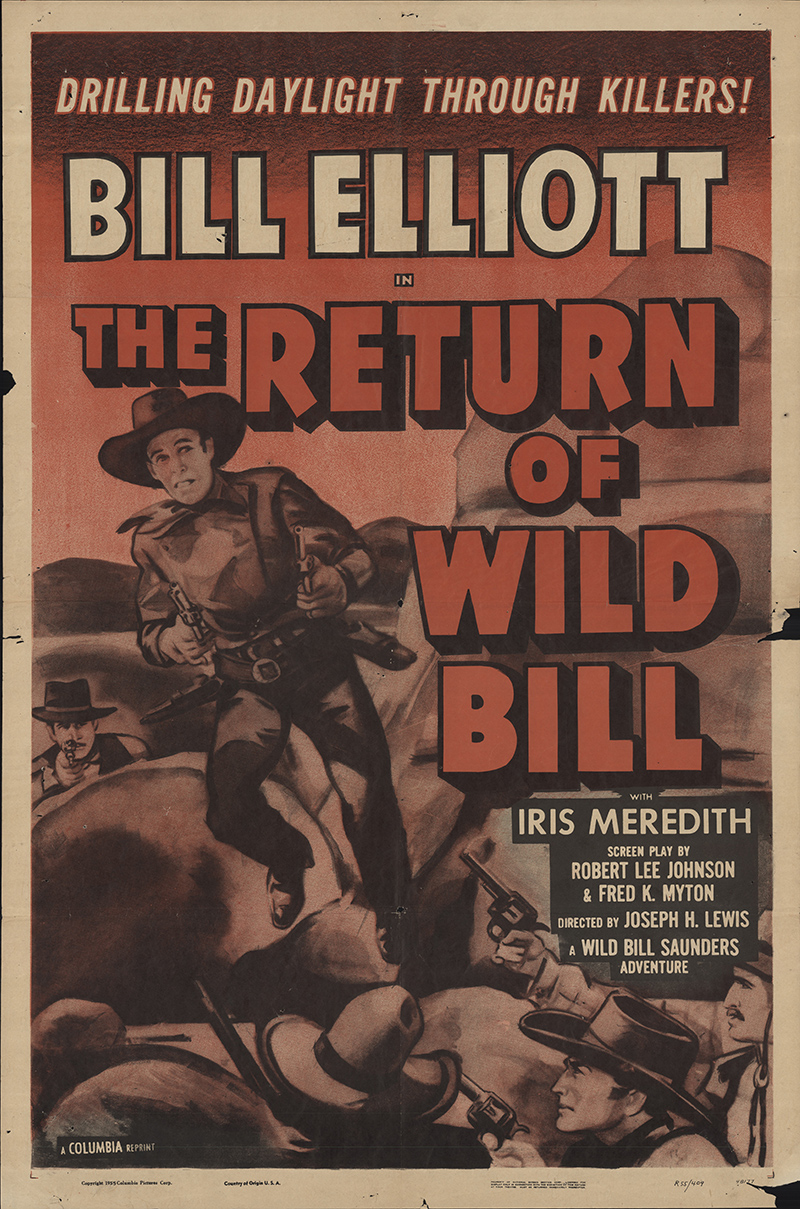