Reissued by Realart Pictures in 1953 as “Texas Road Agent”, with a title change because RKO had just made a 1952 film using this title, and this was the first year that Universal’s “Road Agent” was known as “Texas Road Agent” and that was not a 1941 alternate title as shown by some revisionist-history sources. The actual 1941 filming title was “The Sonora Kid.” Duke Masters and his two pals, Pancho and Andy, are undercover agents for an express company sent to round up a gang of bandits who have been holding up stages carrying gold to the cattlemen of the district. They begin by hijacking a gold shipment from the three bandits who took it from the stage. They take it to town and drop it at the bank. The money was the annual payment to the cattlemen, who are excitedly surrounding bank president Sam Leavitt. Steve and the two gunmen who helped him rob the stage are in the crowd. They report this unexpected turn of events to their boss, Big John Morgan. Morgan tries unsuccessfully to pin the original robbery on Duke and his pals. He later confers with Leavitt who is an unwilling tool in the holdups. Morgan tries to decoy Duke, Pancho and Andy out of town while his gang holds up the bank, but Duke, with the help of Leavitt’s daughter, Patricia, beats them to it and cleans out the bank himself, taking the money to Leavitt’s home to cache. But Morgan, Steve and the gang are in pursuit. 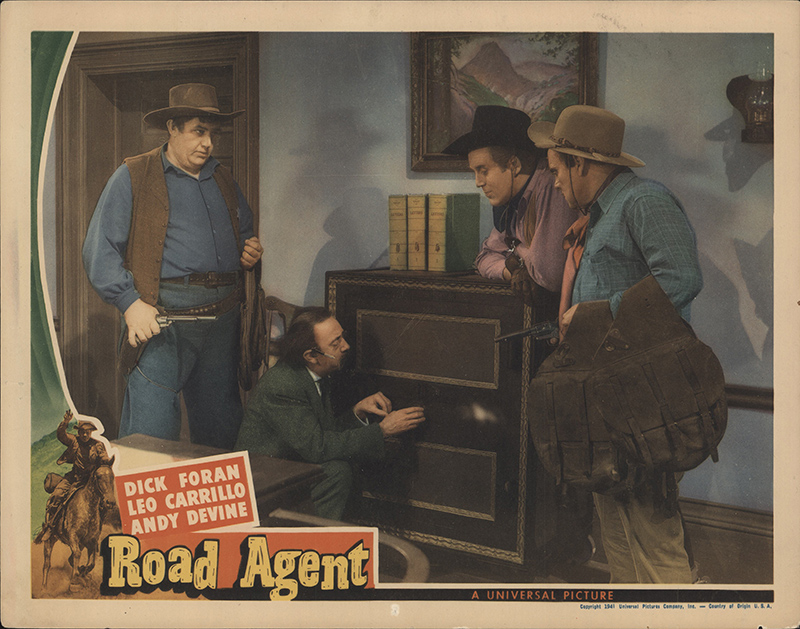