A sort of tragicomedy/adventure film, “Robin and Marian” picks up the Robin Hood legend some twenty years after most versions of the story, with Robin and his sidekick Little John returning to their old Sherwood haunts world-weary from the Crusades and their sickening brutality. They’re informed by former cohorts Friar Tuck and Will Scarlett that Maid Marian now lives at the nearby priory, where she has become an abbess. Marian greets Robin’s return with mixed feelings, but after he rescues her from his longtime enemy, the Sheriff of Nottingham, who tries to arrest her on religious grounds, the two become lovers once again. Robin and Marian, the 1976 Richard Lester Robin Hood medieval romantic fantasy adventure melodrama (“For Robin and Marian Love is the greatest adventure of all.”; “Written by James Goldman”; with a superb script by James Goldman) starring Sean Connery (in the title role “as Robin Hood”), Audrey Hepburn (in the title role “as Lady Marian”), Robert Shaw (“as The Sheriff of Nottingham”), Nicol Williamson (“as Little John”), Denholm Elliott (“as Will Scarlett”), Ronnie Barker (“as Friar Tuck”), Kenneth Haigh (“as Sir Ranulf”), Ian Holm (“as King John”), and Richard Harris (“as Richard the Lionheart”) 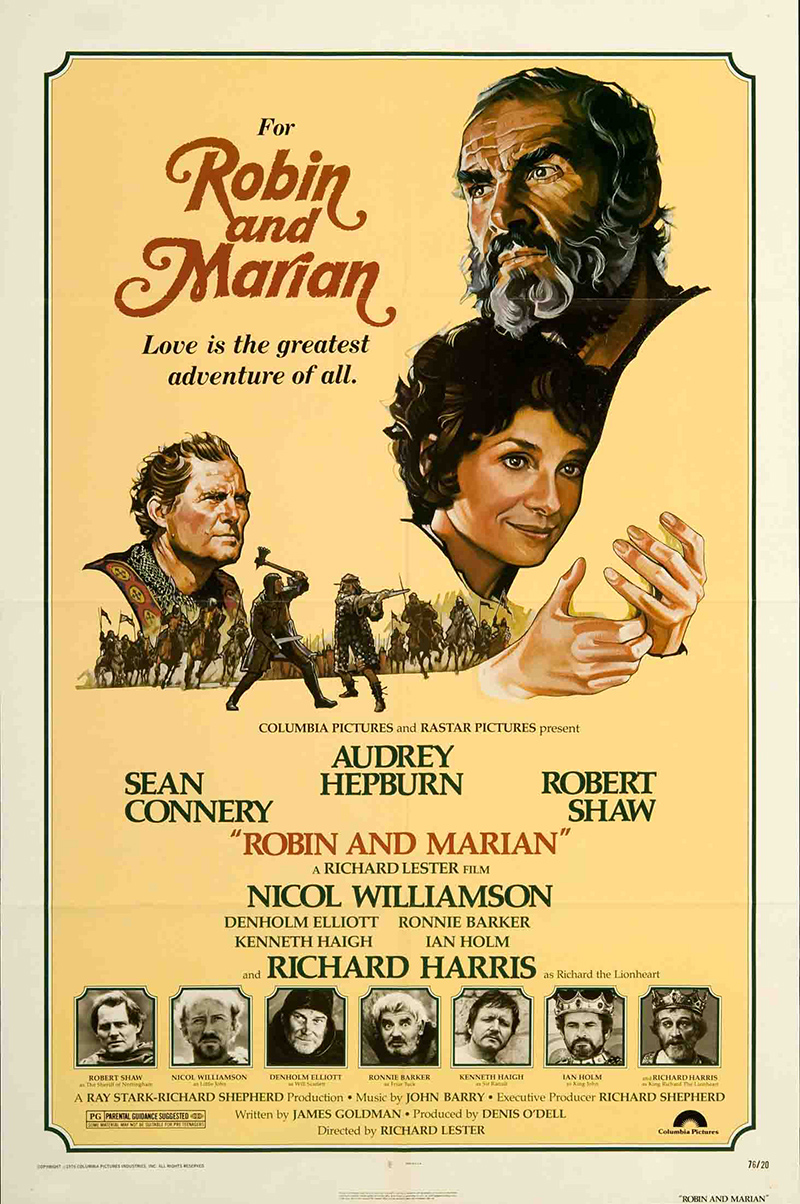