This entry in Republic’s “Three Mesquiteers” series has a misnomer for a title since the action takes place in Texas and pre-statehood Oklahoma, and the Rocky Mountains are in neither state, but Republic, which easily produced the best of the B-westerns, quite often used a title that had nothing to do with the locale of the film. Stony Brooke, Rusty Joslin and Rico are Texas Rangers unable to enter the territory known as the Panhandle as it is not part of the state, and lawlessness runs rampant there, under the guerrilla leader, King Barton. They discover a young boy, Danny Burke, wounded and left to die by the Barton gang. They nurse him back to health, but he is killed in another raid by the Barton outfit. Stony takes possession of the boy’s gun and vows vengeance. Since the strip of land hiding the outlaws is under Federal authority, the Mesquiteers enter the territory with a plan to lure the outlaws across the Texas border. Stony, posing as his look-alike outlaw double known as The Laredo Kid, stages a jail break to free King Barton’s younger brother Jim from a Texas jail and insinuates himself into the gang. Barton has been forcing a Panhandle gunsmith named Manners to provide weapons for him, and Manners’ daughter, Doris, is antagonistic toward Stony, whom she believes to be The Laredo Kid. Stony soon convinces her of his true identity. The plot to lure the Barton gang into Texas is progressing nicely until the real Laredo Kid shows up and exposes Stony. 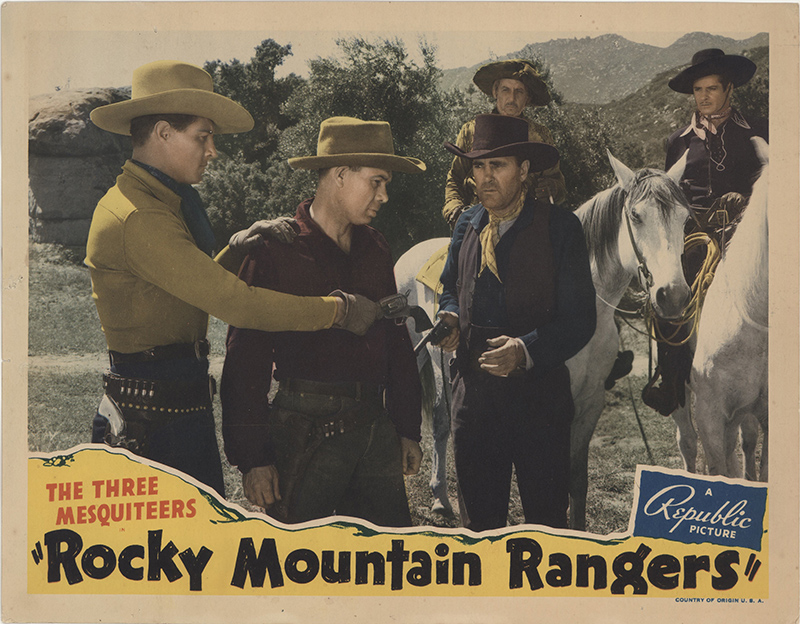