In Fort Lamy, French Equitorial Africa, idealist Morel launches a one-man campaign to preserve the African elephant from extinction, which he sees as the last remaining “roots of Heaven.” At first, he finds only support from Minna, hostess of the town’s only night club, who is in love with him, and a derelict ex-British Army Major, Forsythe. His crusade gains momentum and he is soon surrounded by an odd assortment of characters: Cy Sedgewick, an American TV commentator who becomes impressed and rallies world-wide support; a U.S. photographer, Abe Fields, who is sent to do a picture story on Morel and stays on to follow his ideals; Saint Denis, a government aide ordered to stop Morel; Orsini, a professional ivory hunter whose vested interests aren’t the same as Morel’s; and Waitari, leader of a Pan-African movement who follows Morel only for the personal good it will do his own campaign. Darryl F. Zanuck’s The Roots of Heaven, the 1958 John Huston Africa romantic adventure thriller (produced by Darryl F. Zanuck; “Based on the novel by Romain Gary”) starring Errol Flynn, Juliette Greco, Trevor Howard, Eddie Albert (best remembered as the star of TV’s “Green Acres”), Orson Welles (billed as “Also Starring Orson Welles”), Paul Lukas, and Herbert Lom

Also Featuring the Cast of The Roots of Heaven 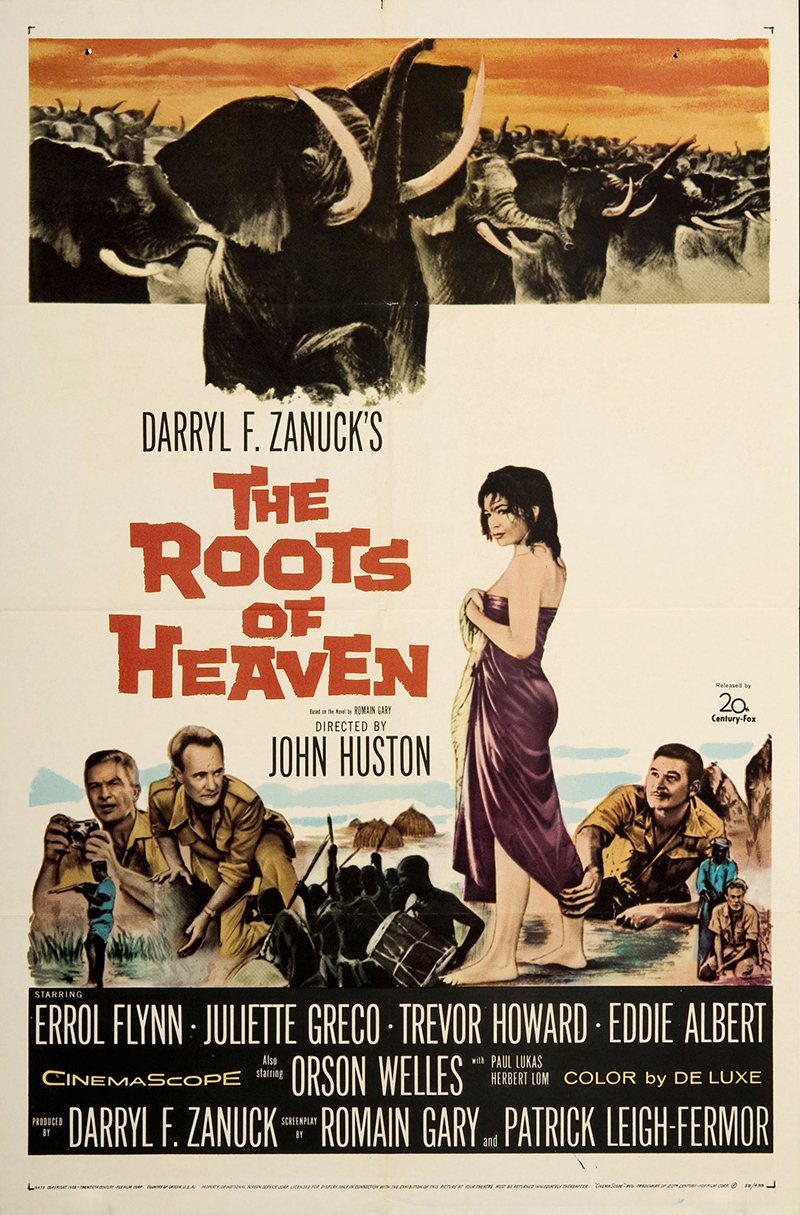