Set in a totalitarian society. Ben Richards is a cop who was blamed for a massacre which wasn’t his fault. He would be sent to prison and breaks out with some other inmates. He tries to escape but the woman whom he dragged into his plan turns him over to the authorities. Damon Killian, who is the host of THE RUNNING MAN a game show wherein convicted felons are given the chance to run to freedom but have to elude the stalkers; men who hunt them down and kill them in gruesome manners. When he learns that Richards has been caught, he wants him to be the show’s next contestant. After being brought to Killian, Richards turns him down, Killian then reveals to Richards that his two friends who were in prison with him and who broke out with him have been caught, so unless Richards does the show they will. But on the night of the show, Richards is set to go but Killian also reveals that Richards’ two friends are going with him. Richards tells Killian that he will be back. But first ! 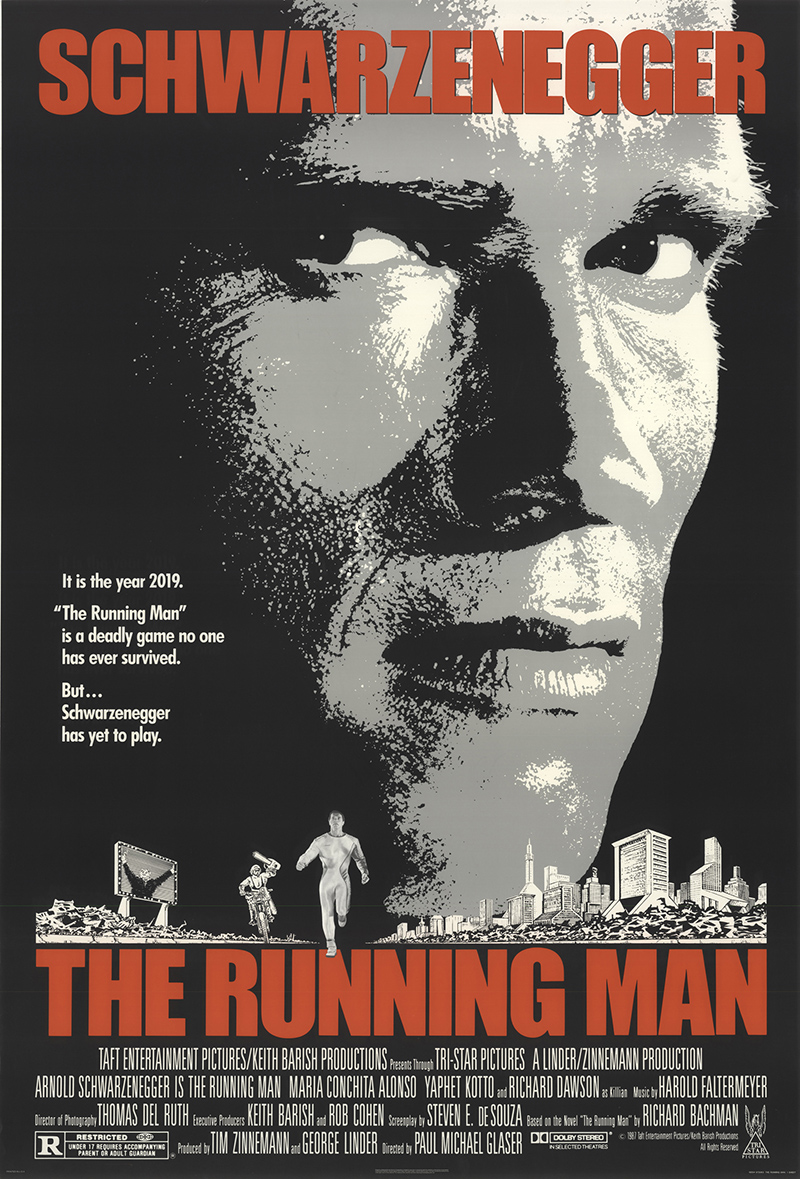