Condition Note: (VF) Pinholes on upper left and right corners, in white. Paper tearout with the scrap hanging on on the upper left corner, and tape on the top edge at the center vertical fold. Folded.

Trapper Joe is on his way to the town with all of his gain of hides of the last winter. However a group of Indians stops him and takes all of his hides, leaving him the escaped slave Joseph instead. But Joe has no use for Joseph and is determined to get his property back and follows them. Before he can do anything, the Indians are raided themselves by a group of scalphunters under the greedy Howie. Not only the hides, but also Joseph falls into their hands. Now Joe follows them alone and tries to trick the numerical superior group out of his hides. The Scalphunters, the 1968 Sydney Pollack cowboy western comedy (“‘I’m Joe Bass and I say that scalphunters are the most ornery, girl-grabbing back-stabbers on earth. I Hunt Scalphunters!'”; “Funny enough to make a horse laugh!”; “Joe Bass hunted scalphunters! He bloodied their faces, gutted their wagons and dropped a mountain on them!”; “Scalphunters are the most ornery, girl-grabbing back-stabbers on earth. And there’s a little bit of the scalphunter in all of you!”; “Looking for me, scalphunter?”) starring Burt Lancaster, Shelley Winters, Telly Savalas, Ossie Davis, Dabney Coleman, Paul Picerni, Dan Vadis, Armando Silvestre, and Nick Cravat (who was Burt Lancaster’s trapeze partner during his circus days, and who played small roles in several of Lancaster’s movies)

Also Featuring the Cast of The Scalphunters 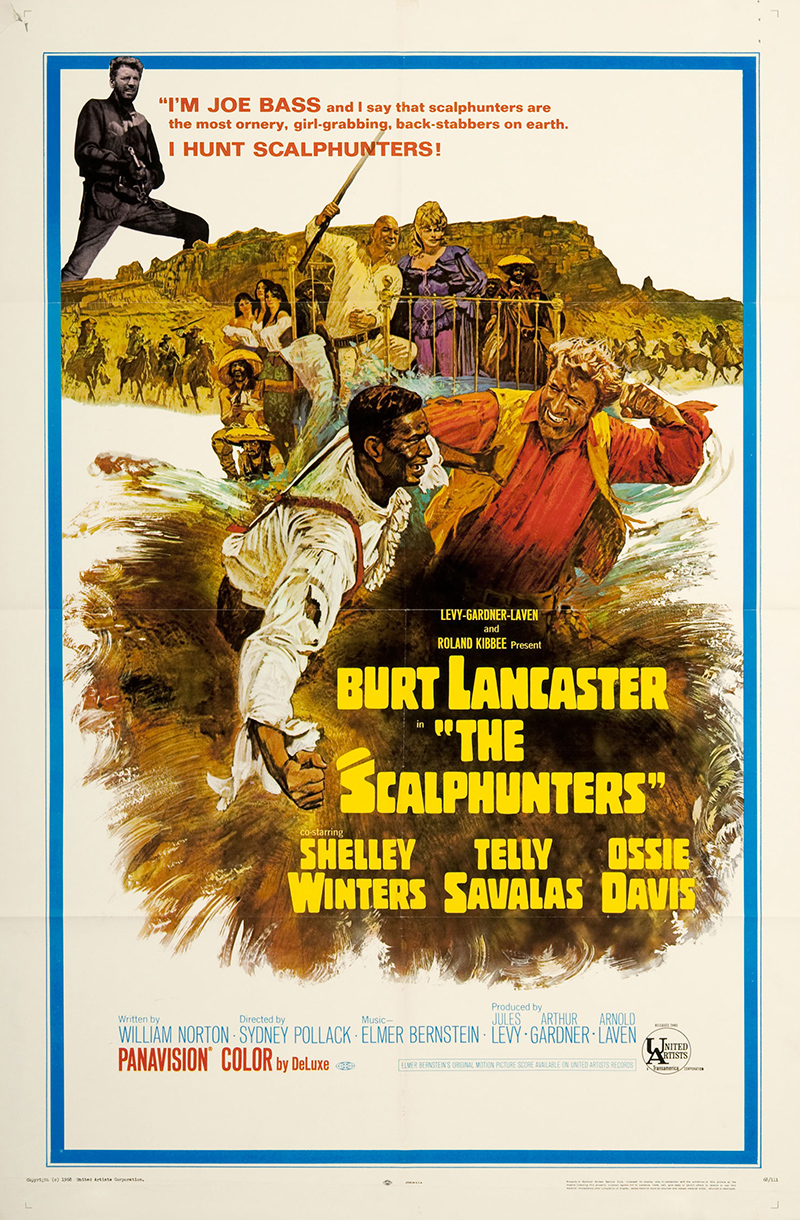 You're viewing: The Scalphunters $40.00
Add to cart