A crotchety old ranch owner fights to be able to live his life the way he wants to, and not the way other people–and the law–tell him he has to. Scandalous John, the 1971 Robert Butler Walt Disney cowboy western (“A proud and noble knight on a plug ugly nag… HE’S BEAUTIFUL!”; “McCanless – the one cowpoke crazy enough to fight the windmills of change!”; “He dreamed himself a cattle drive… And roped himself a city!”; “Songs and Score by Rod McKuen”; “Based on a book by Richard Gardner”) starring Brian Keith, Alfonso Arau, Michele Carey, Rick Lenz, Harry Morgan, Simon Oakland, James (Jimmy) Lydon (best remembered for playing the title role in the long running “Henry Aldrich” movie series), and John Ritter (in an early role; son of Tex Ritter, the famous singing cowboy, Ritter is best remembered for his starring role as Jack Ripper in TV’s “Three’s Company”) 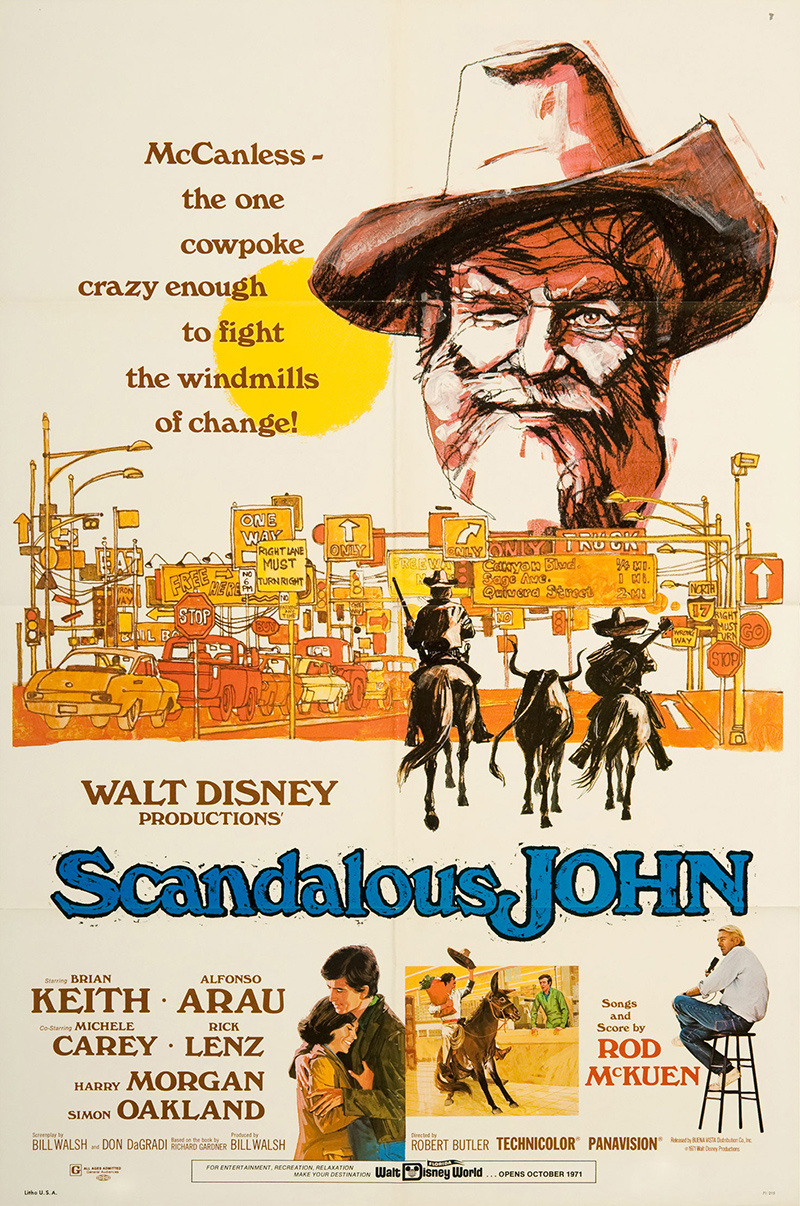