An attractive, well-known TV newscaster is stalked by an obsessed admirer, a TV station scriptwriter, whose obsession turns to hate when she rejects his advances and his moves become more harassing and ultimately murderous. The Seduction, the 1982 David Schmoeller sexy horror thriller (“Alone… Terrified… Trapped like an animal. Now she’s fighting back with the only weapon she has… Herself!”; “Written and Directed by David Schmoeller”) starring Morgan Fairchild, Michael Sarrazin, Vince Edwards (best remembered as “Ben Casey” on the TV series of the same name), Andrew Stevens, Colleen Camp, and Kevin Brophy

Also Featuring the Cast of The Seduction 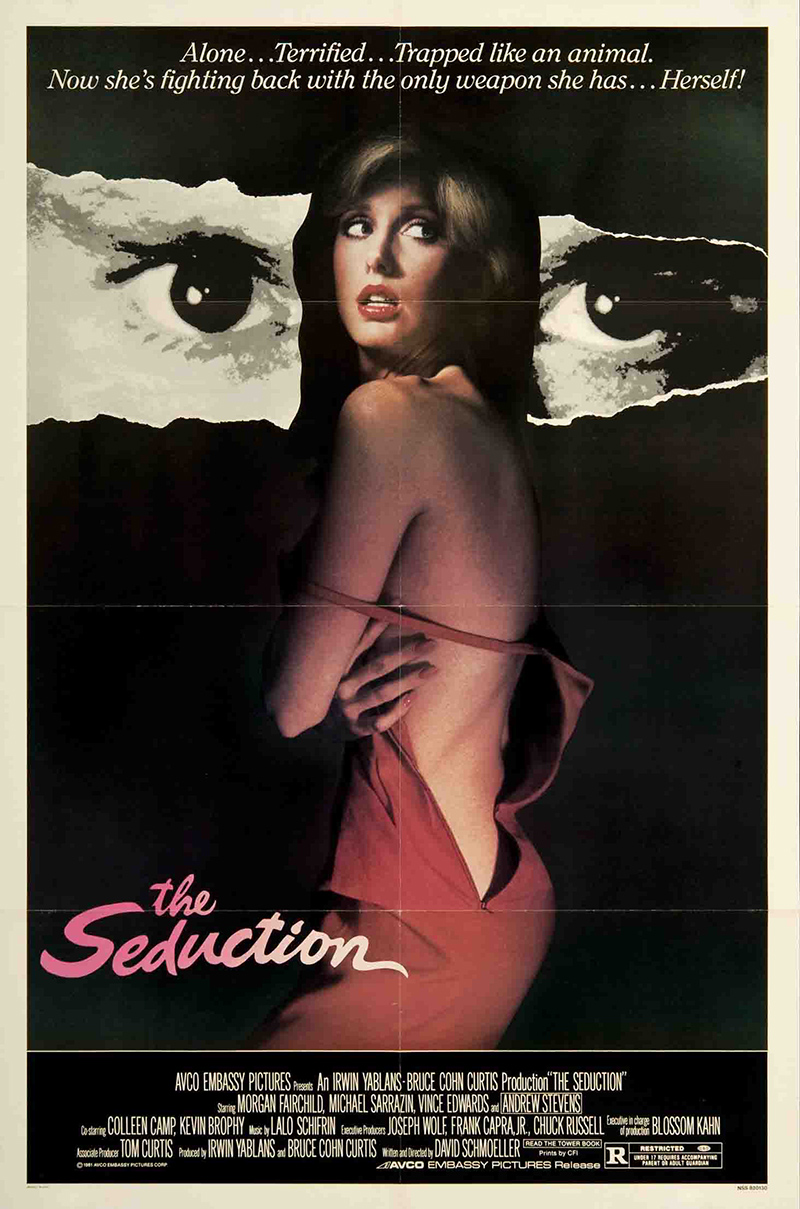