Gene and Finny are two boys who are best friends living in 1943, at the height of World War II. The idea that the boys will most likely be drafted when they turn eighteen is surrounding them, and they are practically forced to live their lives to the fullest. The two boys attend the Devon School, which prepares them for military life that they will most likely be subjected to. The film begins with a narration by an older Gene, traveling back to Devon some years later. The thing he wishes most to see is the tree, which had a great effect on the boys’ lives. A Separate Peace, the 1972 Larry Peerce World War II (WWII) era coming-of-age melodrama (“Gene remembered it all. That summer during World War II, the friendships at school, and most of all, the tree which changed their lives forever.”; “From the best-seller that really knew a generation.”; “Based on the novel by John Knowles”) starring John Heyl, Parker Stevenson, William Roerick, Peter Brush, and Victor Bevine

Also Featuring the Cast of A Separate Peace 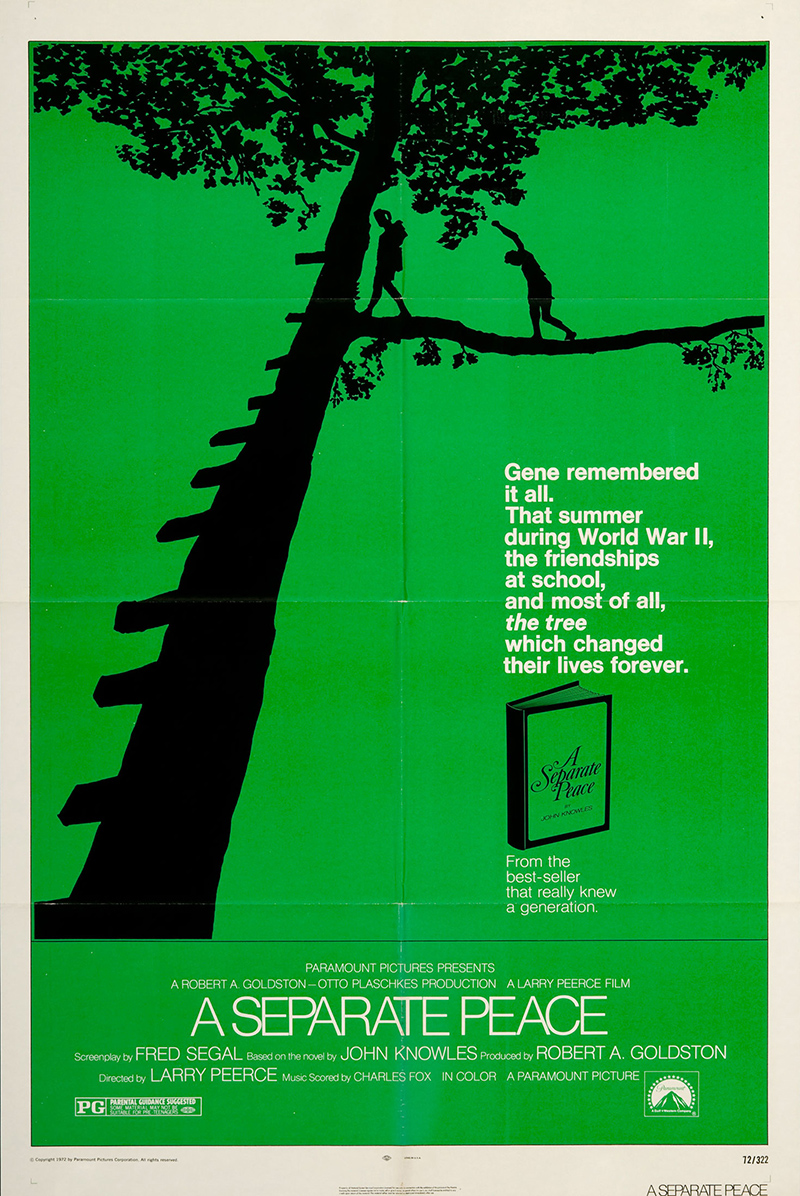