THE SERGEANT is the story of the dark inner struggle of Master Sergeant Albert Callan to overcome the overwhelming attraction he feels for one of his charges. In the staid and stifling environment of a post-World War II army post in France, Callan’s deeply repressed attraction to other men surfaces when he encounters handsome Private Swanson. Maintaining the rugged “man’s man” image of a war hero, Callan barks orders to his underlings. Later, lonely in his solitude, he recalls the frightening experiences of war and the events that led to this crossroads. Filled with self-loathing and unable to act on the natural attraction he feels for Swanson, Callan’s affection festers into antagonism. He pushes Swanson constantly with verbal assaults and undeserved punishments. Oblivious to Callan’s attraction to him, Swanson comes finally to feel enmity for his Master Sergeant. The Sergeant, the 1968 John Flynn post-World War II (WWII) gay homosexual military thriller (“Just one weakness. Just one.”; “I am Master Sergeant Albert Callan, and I have no fears… I have no fears.”; “Screenplay by Dennis Murphy based on his novel ‘The Sergeant'”; produced by Robert Wise) starring Rod Steiger (“Rod Steiger stuns as the Sergeant”), John Phillip Law (“as Swanson”), Ludmila Mikael (billed as “introducing Ludmila Mikael as Solange”), Frank Latimore, and Elliot Sullivan

Also Featuring the Cast of The Sergeant 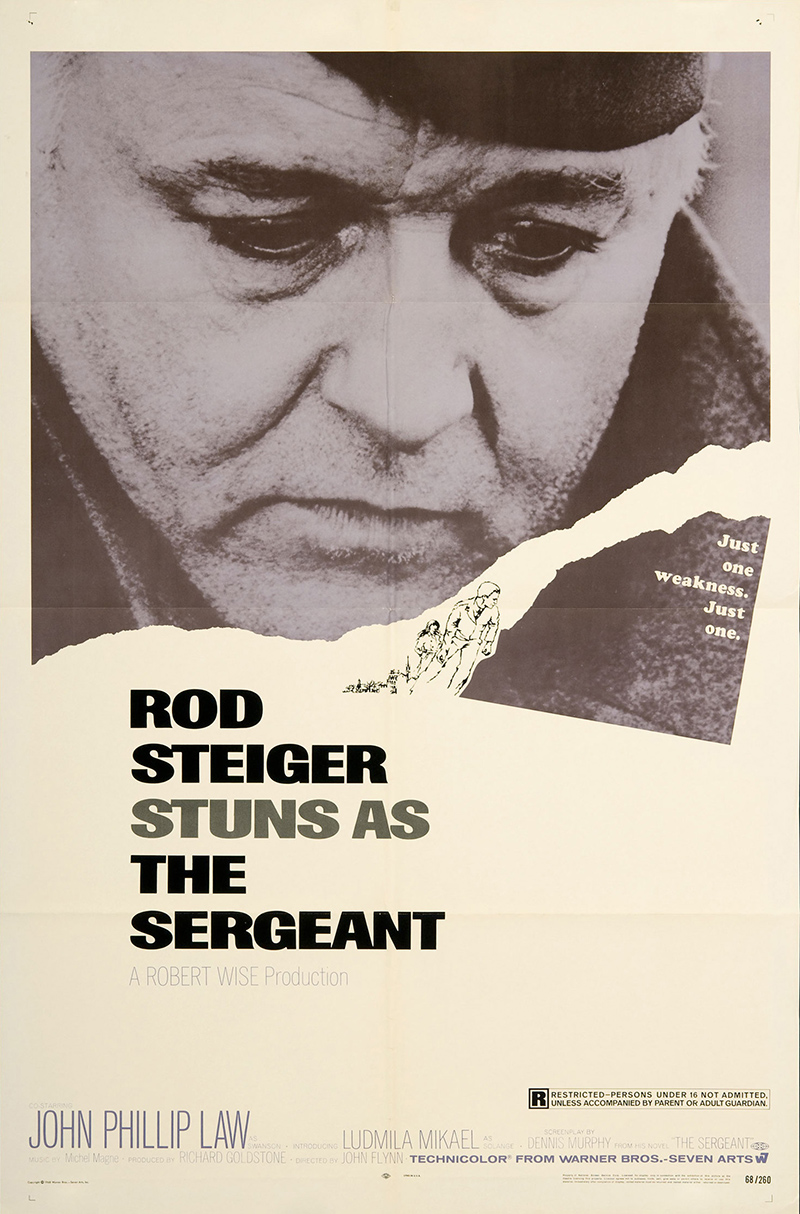