Tribune Marcus Aulus, out of favor in Rome because of his alleged sympathy for Christians, arrives to take charge of an aqueduct project on the hot, arid fringes of the Empire. Centurion Gaius, cruel and corrupt, resents being replaced by Marcus. He instigates a revolt by his slave-workers, then blames the situation on Marcus. During the revolt, five muscular slaves escape. They meet up with fellow escapee Balisten, a farmer unjustly condemned to the aqueduct project. Balisten, impressed by Marcus’s enlightened attitudes, has rescued the Tribune from the revolt. The six slaves, with Marcus’s advice, plan to gain their freedom using their prowess as gladiators. Marcus plans to clear his name and to re-unite with his fiancée, Claudia, recently arrived from Rome. Gaius plans to kill Marcus and thus hide the truth about the slave revolt. Brawls and fights both inside and outside the arena come thick and fast.

Also Featuring the Cast of Seven Slaves Against Rome 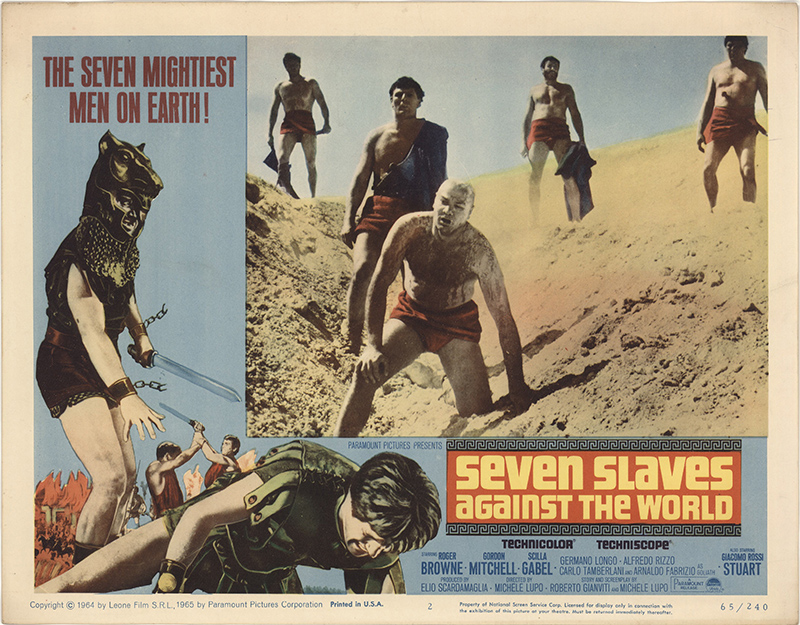 You're viewing: Seven Slaves Against Rome $20.00
Add to cart