1949 Hong Kong. Married to other people, American Carolyn Carwin and French shipping executive Paul Duvel are having an affair. Carolyn admits that she never loved or has even really got to know her British medical doctor turned bacteriologist husband Walter Carwin, she having accepted his marriage proposal solely to stoke what was her damaged ego at the time. Walter, in turn, has always loved Carolyn despite being aware of her vanity and general narcissism. Carolyn suspects that Walter knows about the affair, a suspicion that is ultimately confirmed when he confronts her about it. In an ultimatum by Walter concerning the infidelity, Carolyn feels she has no other option but to agree to move to rural May Tan Fu on the Chinese mainland with him, there where a cholera outbreak has occurred. She has no desire to live in a remote backwater, let alone one where disease is running rampant. The health crisis, to which Walter feels his background is well suited in assisting, is something on which to focus in taking his mind off his and Carolyn’s marital problems. There, they are befriended by fellow Brit Tim Waddington, an acquaintance of Paul’s who quickly learns of Carolyn and Walter’s marital problems. Beneath Tim’s vulgar exterior is a man with a true heart of gold. Although not directly exposed to him at work, Carolyn gets a new perspective of Walter, of herself and of their marriage in this new surrounding, but it may be too late for them to have that happily ever after based partly on Walter’s disdain for her in what she’s done in Hong Kong.

Also Featuring the Cast of The Seventh Sin 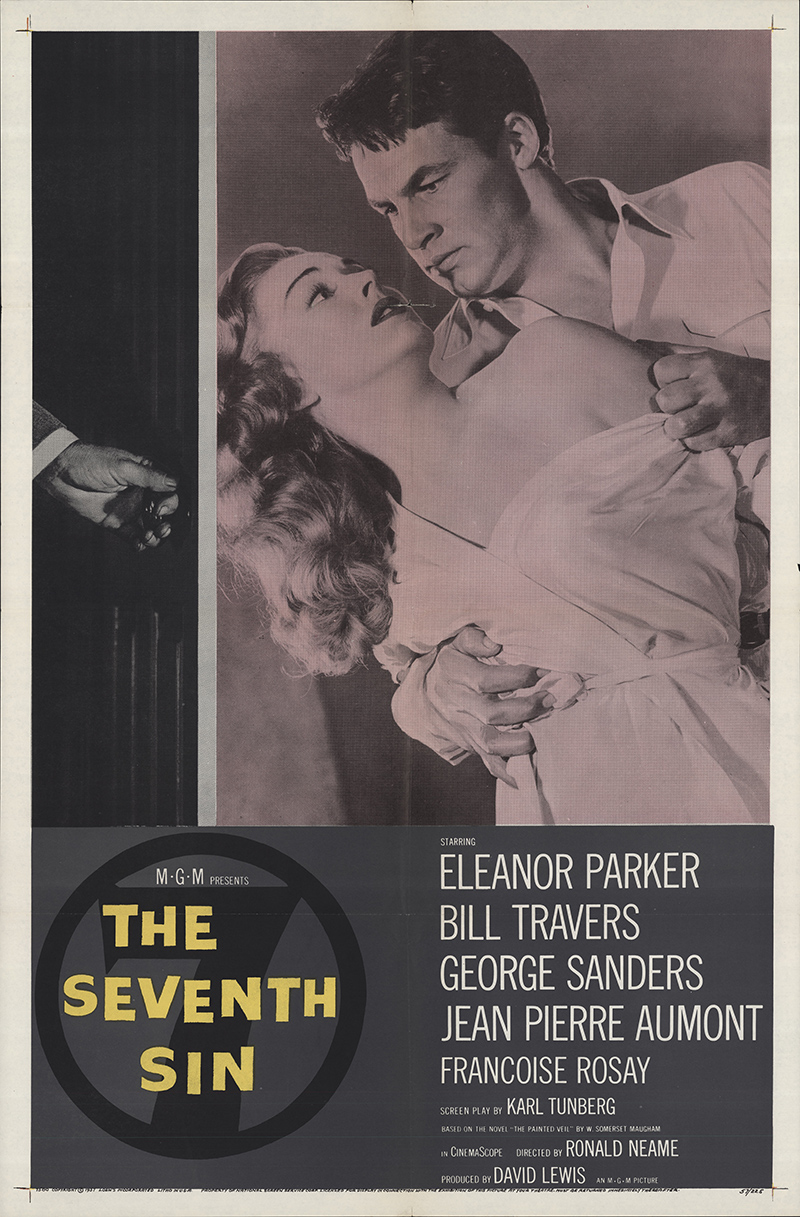