This movie is a remake of the hit series which starred, Phil Silvers as Sgt. Bilko. In this movie, Bilko tuns the motor pool and has all sorts of scams going on like gambling, renting out military vehicles, and so on, which are all violations. However, his commanding officer, Colonel Hall overlooks them, cause he is more concerned about his future, cause a lot of bases are being closed, and the inspector, Major Thorn was on the verge of doing that. But when he heard that Bilko was on the base, he turned into a mad dog. It seems that Thorn was a “thorn” in Bilko’s side many years ago but through a series of misunderstandings, Thorn was accused of carrying out or being the brains behind one of Bilko’s schemes, he would be sent to Greenland and his career has not gone as he hoped it would and now wants revenge on Bilko. Sergeant Bilko, the 1996 Jonathan Lynn military comedy (a remake of the classic 1950s TV series with Phil Silvers in the title role) starring Steve Martin (in the title role as Master Sergeant Ernest G. Bilko), Dan Aykroyd, Phil Hartman, Glenne Headly, Chris Rock, and Travis Tritt (the country-western musician as himself) 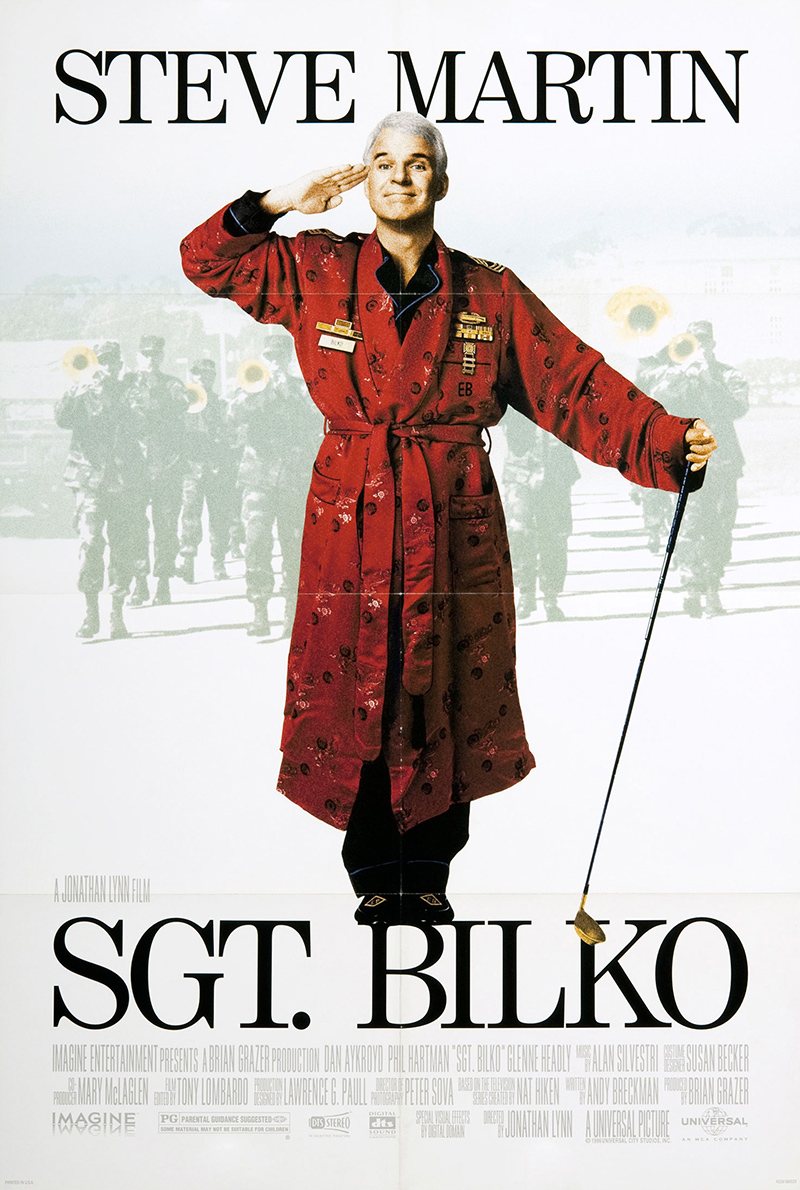