View cart “A Distant Trumpet” has been added to your cart.

Sequel to the 1959 movie about a boy who gets turned into a dog because of an ancient ring which some say is cursed. Today the boy, Wilby Daniels is a grown man, a lawyer and with a family. When they’re robbed and Wilby tries to report it to police but only gets the run around, he decides to run for District Attorney or D.A. Because he believes that the current D.A. John Slade is not only doing his job but is on the take. When Daniels publicly denounces Slade, Slade decides to try and get something on him. And he might have found it when the ring that turned him into a dog when he was a boy is stolen from the museum and when the words inside are read, he turns into a dog. The Shaggy D.A., the 1976 Robert Stevenson Walt Disney sheep dog canine fantasy crime comedy (“It’s laughter by the pound!”; “You’ll roll over, sit up, and beg for more”; “A real shaggy dog story”; “The only candidate with a law degree and a pedigree!”) starring Dean Jones (in the title role as the Shaggy D.A.), Tim Conway, Suzanne Pleshette (best remembered from TV’s “The Bob Newhart Show”), Keenan Wynn, Dick Van Patten, and Joanne Worley

Also Featuring the Cast of The Shaggy D.A. 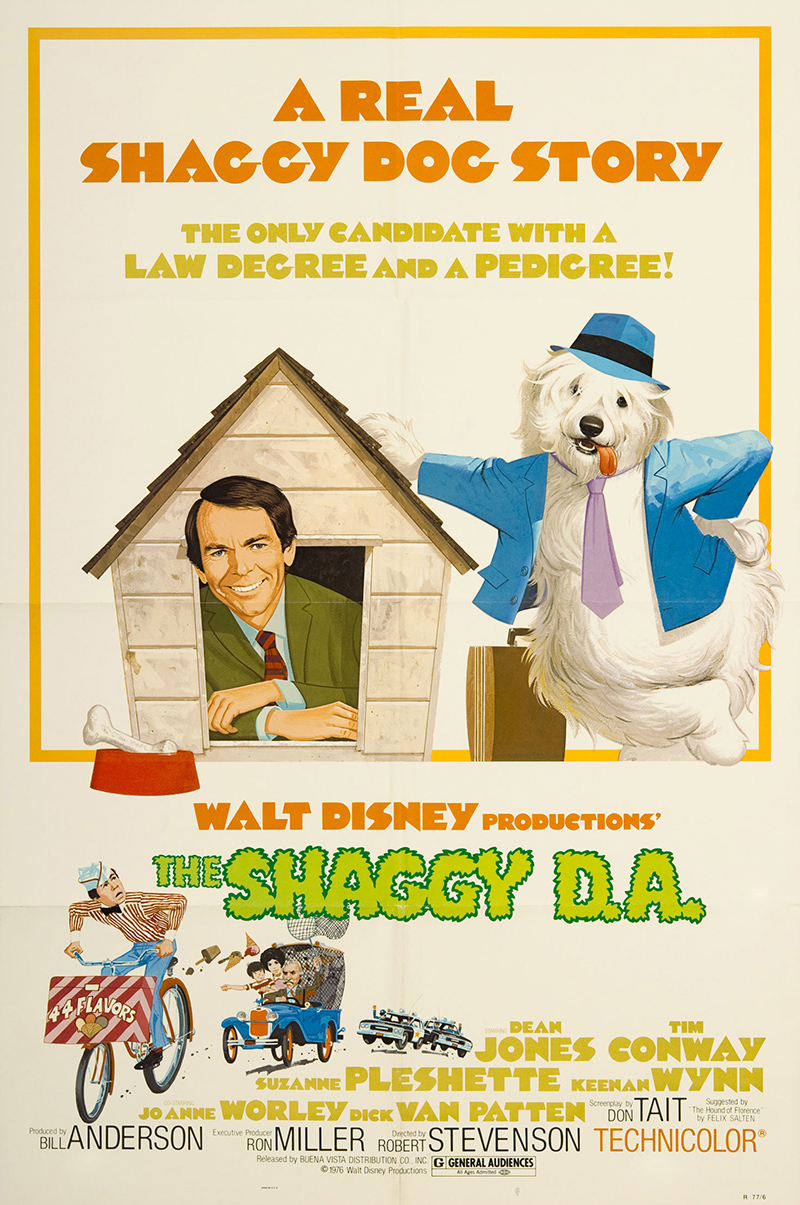