The Shakedown, the 1959 (released in the U.S. in 1960) John Lemont English modeling photography sex crime thriller (“Models were the bait for BLACKMAIL!”; about a man who sets up a photography studio/pornography studio/prostitution ring, and both the police are after him and also local mobsters) starring Terence Morgan, Hazel Court, Robert Beatty, Donald Pleasence, Bill Owen, Harry H. Corbett, and Sheila Buxton (billed as “Guest Star Sheila Buxton”)

Also Featuring the Cast of The Shakedown 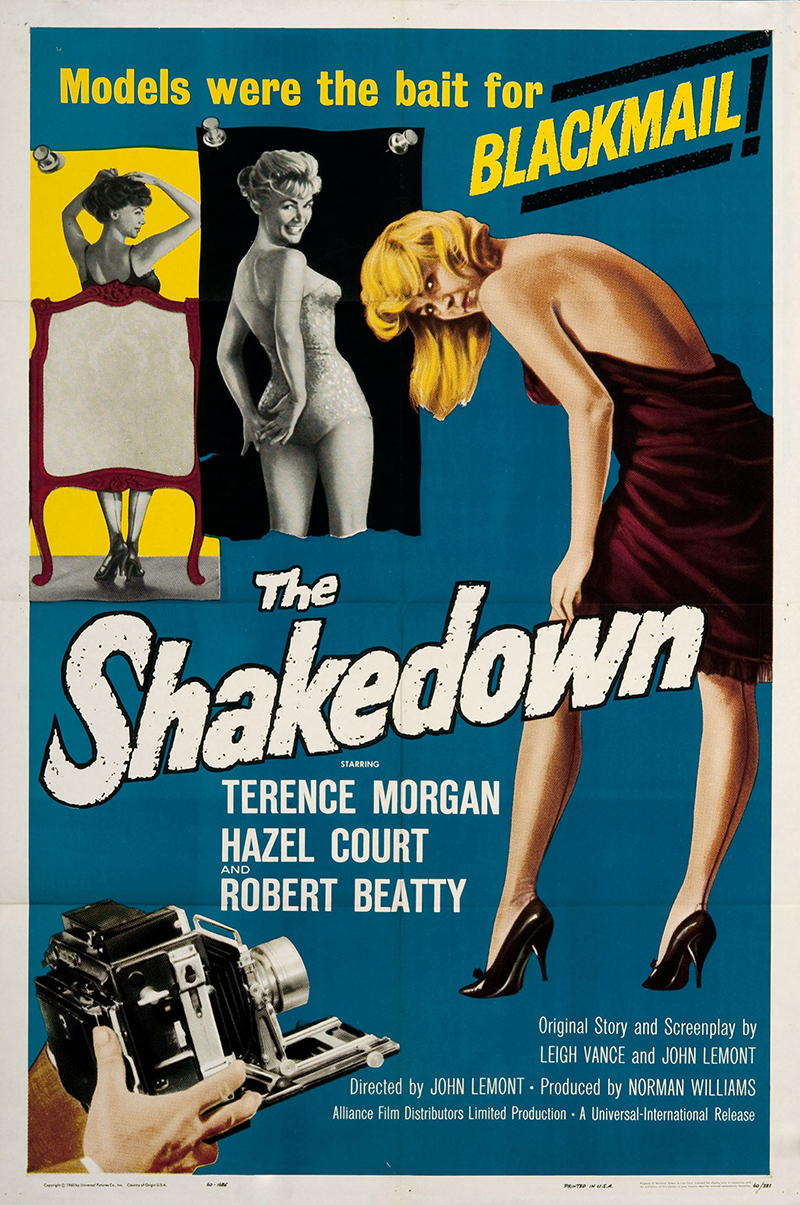