Thirty-something George Roundy is a Beverly Hills hairdresser, who spends as much time sleeping with his female clients as he does doing their hair. Whether they want to admit it, all the women in his life are on the most part aware that they are are not the only one with whom he is sleeping. And some, such as the wealthy and married Felicia Karpf, have a stronger emotional dependence on George than they would like to admit. George’s current girlfriend is Jill, an up and coming actress. Jill’s best friend is Jackie Shawn, one of George’s old girlfriends who left him because he couldn’t make a true commitment to her. In turn, Jackie is currently having an affair with Lester Karpf, Felicia’s wealthy businessman husband. George is unhappy working at a salon owned by Norman, with whom he is constantly butting heads. In his first act of wanting finally to be a grown up. Shampoo, the classic 1975 Hal Ashby romantic love triangle sex thriller (“Your hairdresser does it better”, “Written by Robert Towne and Warren Beatty”; about an over-sexed hairdresser who sleeps with practically every female in the movie!) starring Warren Beatty, Julie Christie, Goldie Hawn, Jack Warden (in his nominated for Best Supporting Actor Academy Award role), Carrie Fisher (best remembered for her starring role in the “Star Wars” trilogy), Lee Grant (in her Best Supporting Actress Academy Award winning role), and Tony Bill 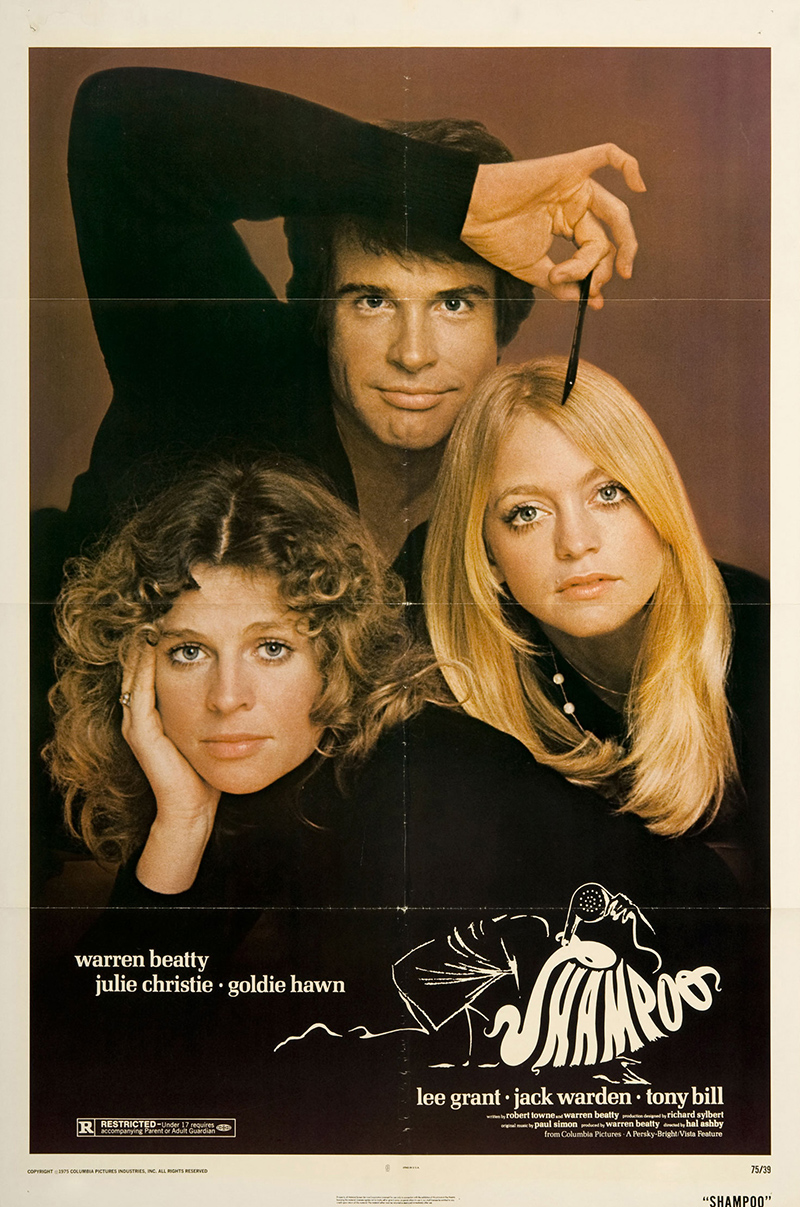