1940, Linda Voss is a woman of Irish, Jewish-German parentage who loves the movies, especially films about war and spies. She gets a job at a New York law firm, after it’s revealed she can speak German, fluently. As secretary and translator to Ed Leland, she begins to suspect that her boss is involved in espionage work. The two become lovers, and when America officially joins the Allies in fighting Hitler, Linda volunteers to go undercover behind enemy lines.

Also Featuring the Cast of Shining Through 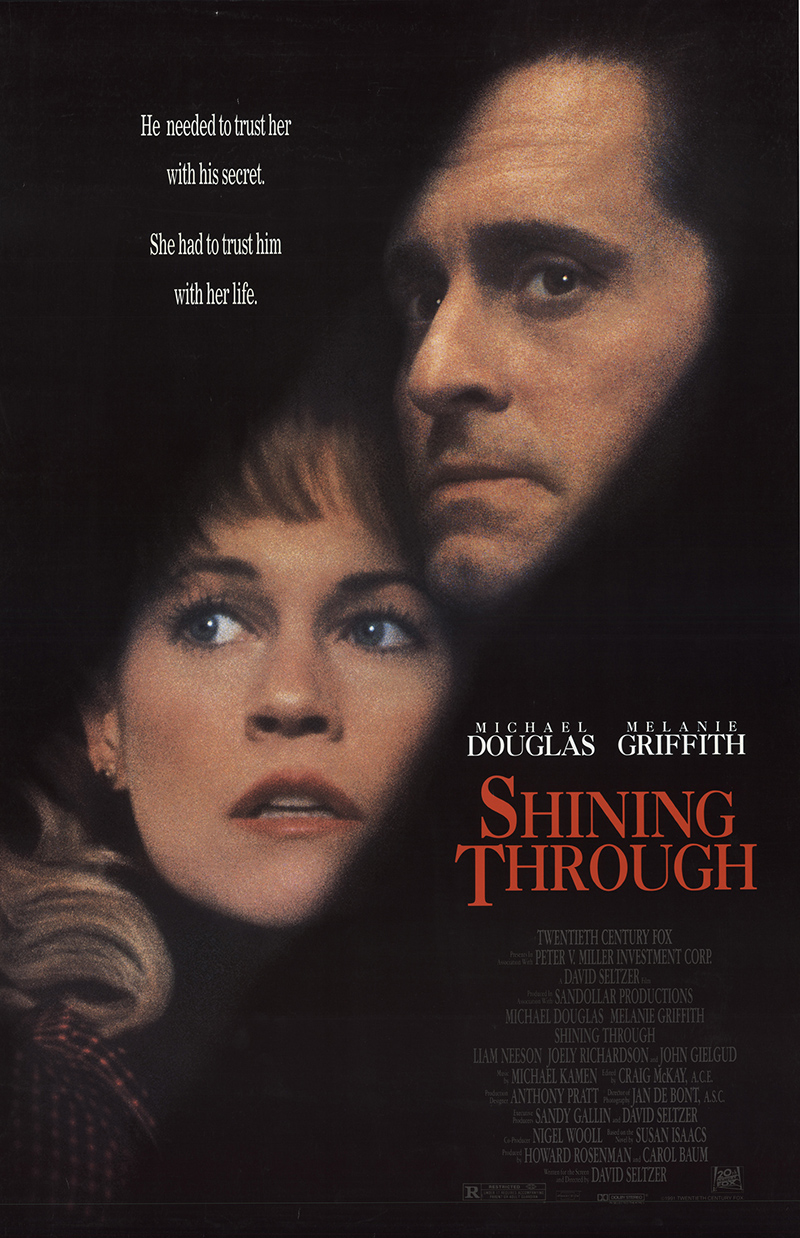 You're viewing: Shining Through $44.00
Add to cart