A private investigator endures the rigors of an insane asylum in order to locate $1 million in stolen loot. Shock Treatment, the 1964 Denis Sanders mental illness hospital psychiatric doctor thriller (“Can you take Shock Treatment”; “WARNING! You will actually see a man subjected to Electro Shock Treatments!”; “You won’t be the same when you come out of SHOCK TREATMENT”; “Based on the novel by Winfred Van Atta”) starring Stuart Whitman (“The Faker”; “If they caught him, he’d get a shock that would blast his insides!”), Carol Lynley (“The Sex-Haunted”; “Her uncontrollable desires could make her a pawn of the next man!”), Roddy McDowall (child star who successfully made a transition to playing adult roles; “The Psycho”; “On the loose… And after strange kicks!”), Lauren Bacall (“as Dr. Edwina Beighley”; “The Sadist – She used ‘the treatment’ as a weapon!”), and Olive Deering 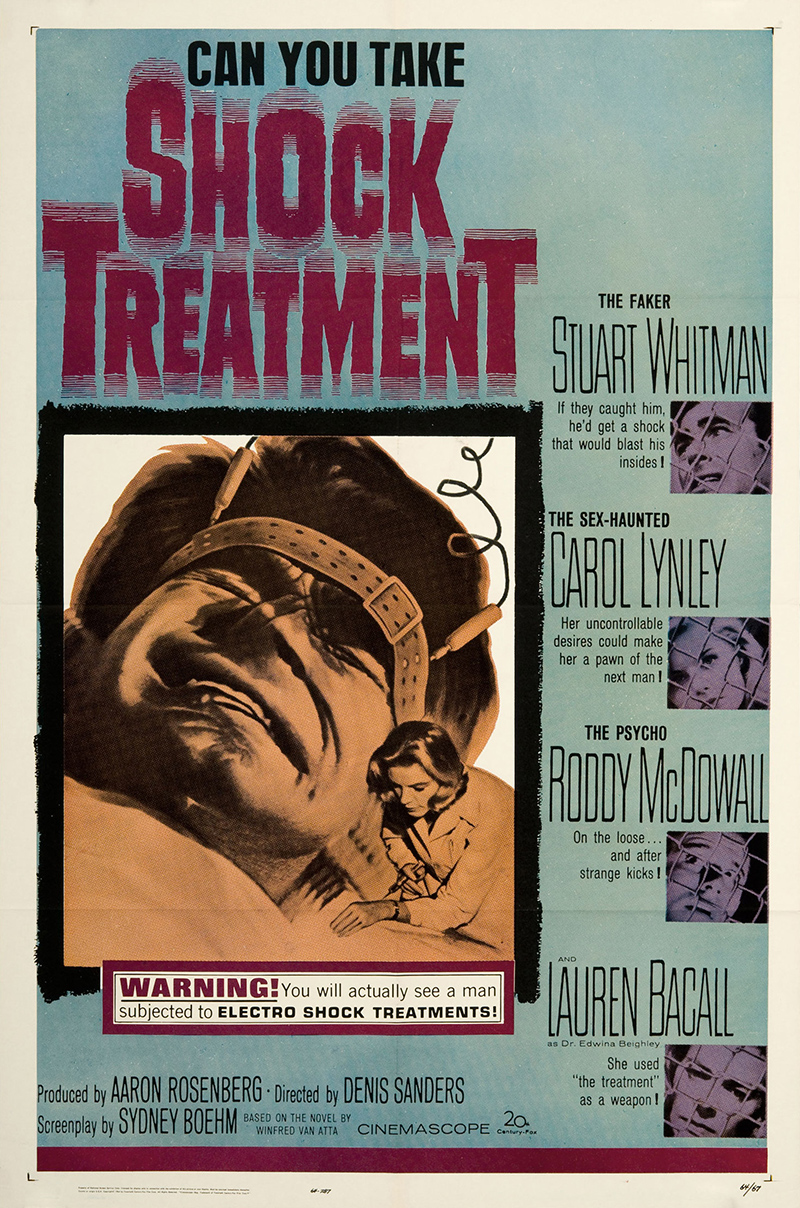