A man is discovered breaking into his own jewelery shop in the dead of night. Questioned closely, it is learnt that his wife is being held hostage by an extortionist who demands the diamonds in the shop’s safe. The extortionist manages to escape FBI agent Warren Stantin, who subsequently chases him into the forests of Northern America. Stantin recruits the help of a reluctant local Jonathon Knox, who has the skills necessary to track down the criminal. The only problem is that Stantin has no experience in the wilderness. Shoot to Kill (released internationally as “Deadly Pursuit”), the 1988 Roger Spottiswoode crime action thriller (“A ruthless killer. A beautiful hostage. Two men follow them into the mountains. One for love. One for revenge.”; “It’s about staying alive.”) starring Sidney Poitier (the greatest black African American actor of all time, and, until recently the only black winner of the Best Actor Academy Award), Tom Berenger, Kirstie Alley (she made her motion picture debut with a major role in “Star Trek: The Wrath of Khan” in 1982, but surprisingly, her career went nowhere, and she returned to TV for several years, with a few appearances in much lesser movies; stardom would come to her much later with TV’s “Cheers” and the “Look Who’s Talking” movies!), Clancy Brown, and Richard Masur

Also Featuring the Cast of Shoot to Kill 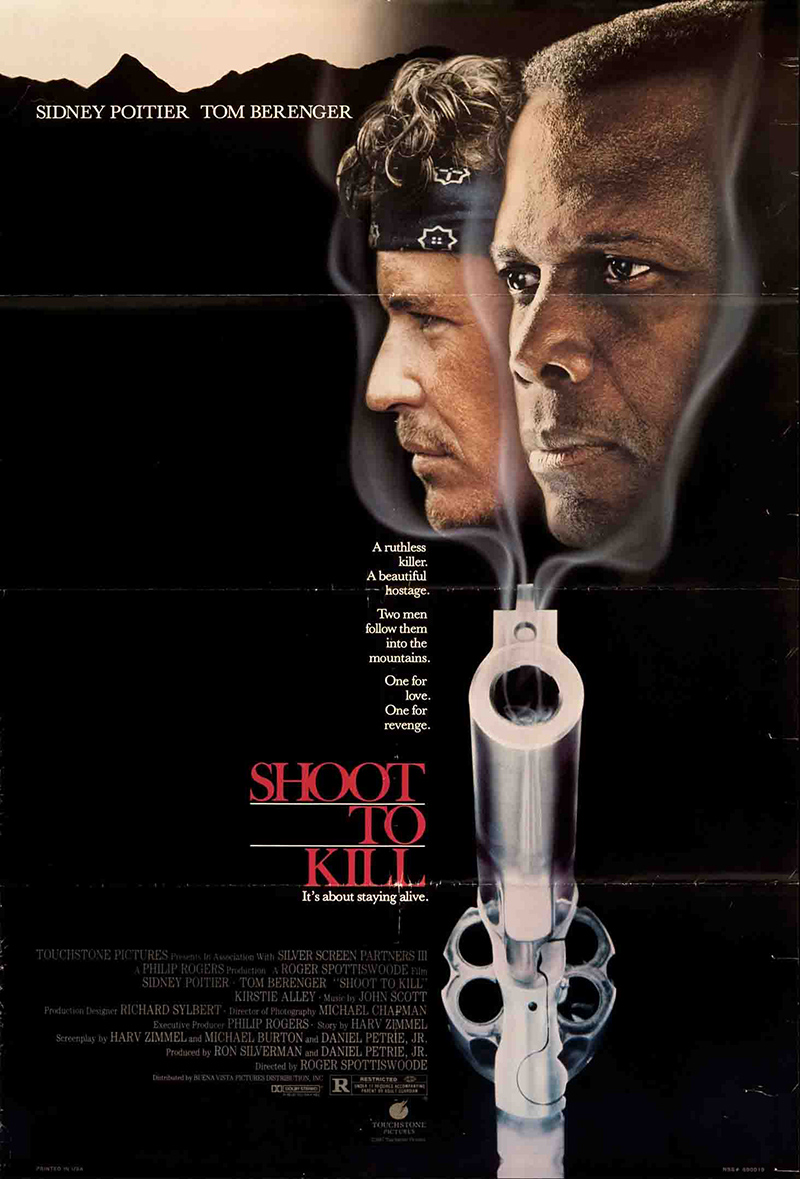