Jane Pritchard sides with the Carsons in a generations-old feud which her family wages with the descendants of Wild Bill Carson, first United States Marshal of Carson Corners. Will Carson insists that a Pritchard killed his grandfather when the Marshal came into town on a marauding expedition led by The Hawk. Will maintains his grandfather had joined the gang to trap the leaders and a trigger-happy Pritchard had kept him from doing so. A crew from Signet Pictures comes to town to film the story of Wild Bill’s life. Will is in love with Jane’s sister, Marjorie but her banker-father opposes the match. Will and Marjorie argue, and she becomes infatuated with Bob Merritt, who is to co-star in the film with Evelyn Trent. Jane and Sheriff Clem Perkle get rid of Merritt by telling him the townspeople are going to ride him out of town on a rail. Movie director J. Wallace Rutledge agrees to let Will play the role of his grandfather. On the day a bank robbery scene is to be filmed at Pritchard’s bank, four supposed actors who have joined the troupe turn out to be bank robbers for real. The townspeople, seeing Will chasing after the robbers, assume he was part of the gang and has reverted to what they consider the character trait of the Carson family. 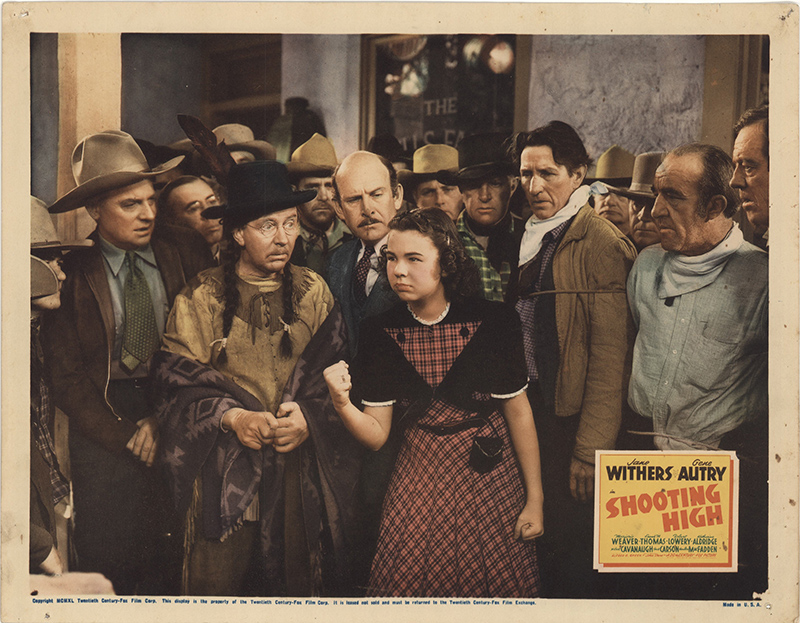