Just prior to World War One the hard drinking sharpshooting, Irish American Colonel Flynn O’Flynn, uses British aristocrat Sebastian Oldsmith to help poach ivory from German controlled territory in East Africa, putting them at odds with Herman Fleischer, the local German Provincial Commander. When Sebastian is infected with malaria he is nursed back to health by Flynn’s daughter Rosa, they fall in love and marry. Not long after Britain declares war on Germany and they are drawn into the conflict, ultimately making a daring attack on the German armored cruiser SMS Blücher as it undergoes repairs in a local estuary.

Also Featuring the Cast of Shout at the Devil 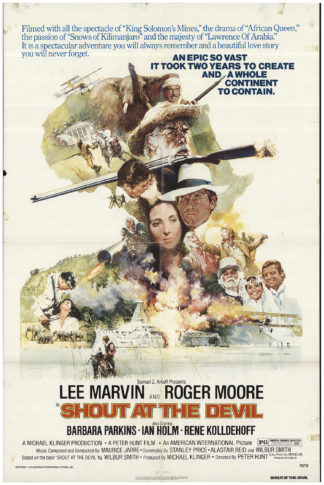