Roman centurion Marcian is captured by Attila the Hun en route to Constantinople, but escapes. On arrival, he finds the eastern Roman emperor Theodosius plotting with Attila to look the other way while the latter marches against Rome. But Marcian gains the favor of Pulcheria, lovely sister of Theodosius, who favors a united Empire. As Attila marches, things look bleak for the weakened imperial forces. But the conqueror has an awe of the power of the Christians’ God…

Also Featuring the Cast of Sign of the Pagan 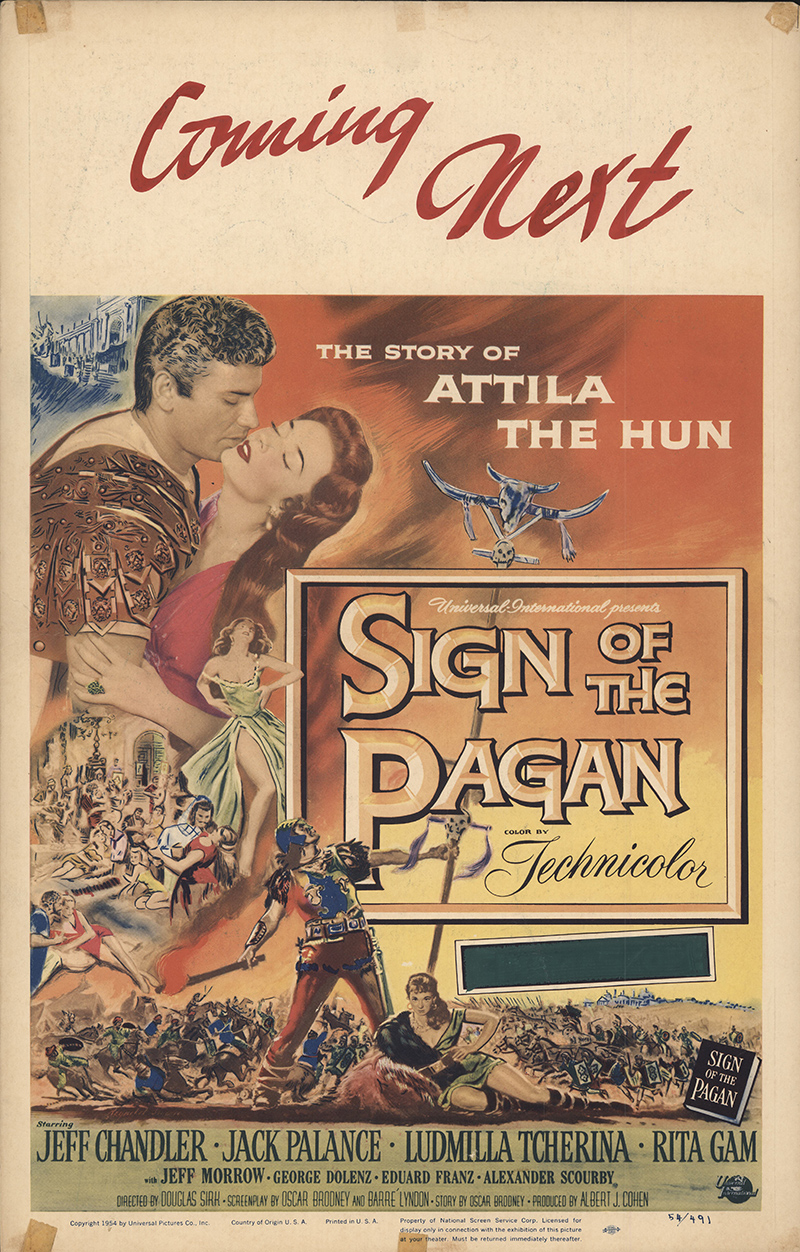