Dan Stevens is the sheriff of a small Texas town who checks out a disturbance which turns to murder. The killer is still in the house and he tries to kill Dan, but Dan stops him and arrests him. The killer attempts to flee, but is shot and killed and is taken to a medical institute. Three doctors, led by Dr. Philip Spires, operate on the killer and using a formula the doctors made, they bring him back to life. If that’s not bad enough, the formula also made the killer indestructible. Dr. Tom Halman tries to stop the killer, but he and his wife are killed. After the two remaining doctors are killed, the killer goes after Dr. Halman’s sister Alison, and it’s up to Sheriff Dan Stevens to stop him. 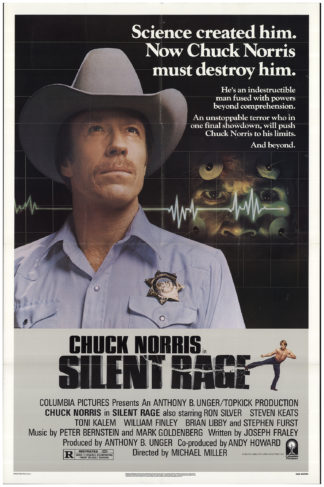