Condition Note: Condition: Poor to Fair. Previously folded, heavy fold wear, some fold separation, wrinkling and scuffing throughout, pinholes in all corners sections, edge wear, tears and some creasing along all borders, some tape reinforcement on back, single-sided

Jimmy Wakely and “Cannonball” find the body of Don Muquel after he has been shot and robbed by henchmen Ramsay and Sturgis. Jimmy is accused of the crime by Jose Esteban but the latter’s rich uncle, Don Esteban, clears his friend Jimmy. Jose accuses the the settlers, led by John Chambers, of confiscating the land of the native Californians, through murder and theft. Actually, surveyor Willard Jackson is making forged copies of stolen land-grant papers after his men have killed the rightful owners. Playing both ends against the middle, Ramsay urges Chambers and his daughter, Diane, to drive off the Californians. 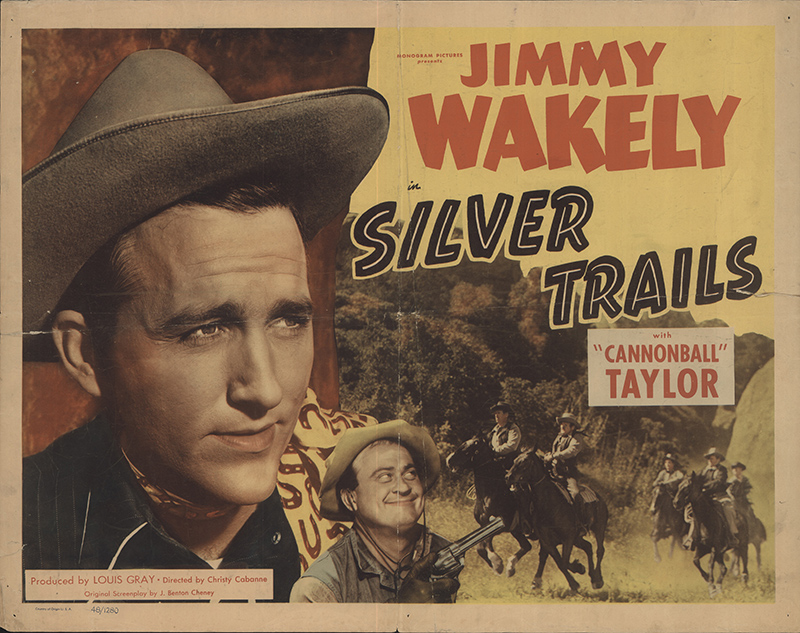