View cart “Marco Polo” has been added to your cart.

Race Crim, a stagecoach guard, persuades the line’s superintendent to allow young Jess Harker to drive the Silvr City stagecoach, which contains a gold shipment. Six outlaws attack the stage and Jess is wounded but Race kills three of the outlaws while the remaining three escape with several bags of gold. Race follows them while Jess takes the stage to Silver City. He joins the posse led by Sheriff Tom Davisson and they come upon the body of a fourth bandit killed by Race. A fifth is captured and the sheriff will not allow Race to hang the bandit. Refusing Jess’s plea to accompany him, Race goes after the last bandit alone. Jess is fired from his stagecoach job but Davisson makes him a deputy and they too take the trail after the remaining outlaw, Slater. They meet Race and close in on the trapped bandit who Race shoots in the leg. The Sheriff keeps Race from finishing him off and takes him back to Silver City to stand trial. But the citizens, led by Race, demand a lynching. They storm the jail and Jess, there alone, is forced to make the decision to either protect Slater from the lynch mob or shoot his friend Race.

Also Featuring the Cast of The Silver Whip 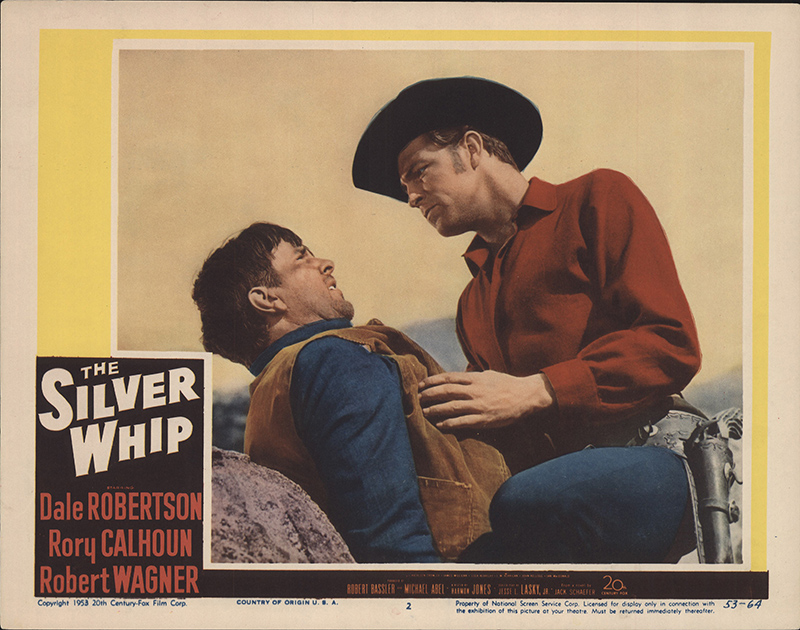