View cart “Sing, Cowboy, Sing” has been added to your cart.

After a cowardly raid on Dad Summers’ freight-wagons, in which Summers is killed and his freight shipment burned, Tex Archer and his sidekick, “Duke” Evans, arrive on the scene in time to save Madge Summers from plunging over a cliff in one of the runaway wagons. Kalmus, a competitor of Summers, staged the raid to destroy Summers franchise,which calls for a daily trip over the wagon route. Kalmus orders his henchman, “Red” Holman, to get rid of Tex. When Holman attacks Tex, his own gun goes off during a clinch in the fight and he falls, apparently dead. Tex is charged with murder and jailed. Kalmus incites his gang to storm the jail and lynch Tex. Meanwhile, Duke has discovered that Holman is alive and well. 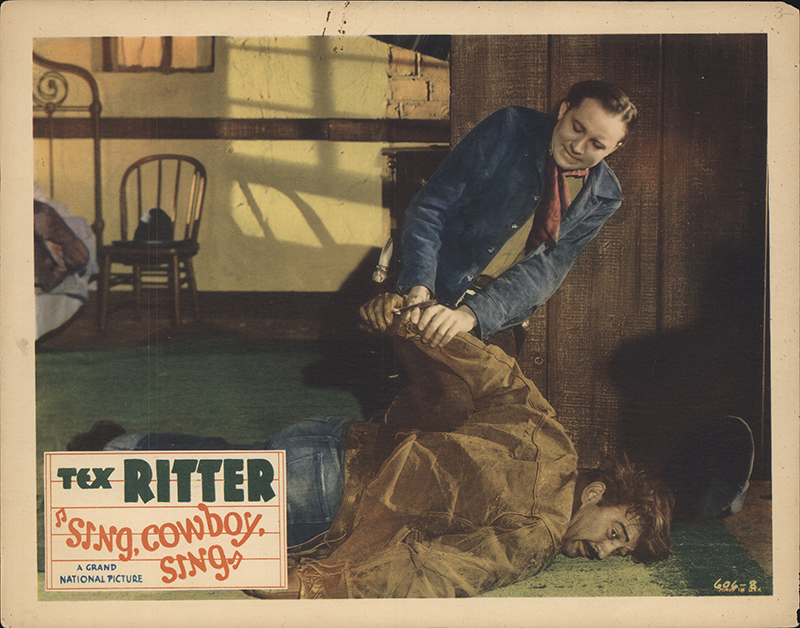