Utilizing a script from 1939’s “She Married a Cop” with a 1946 Hit Parade song for the title, Gene Autry’s screen return following his WW II Army Air Corps service, “Sioux City Sue” has Hollywood talent scout Sue Warner (Lynne Roberts) in search of a singing cowboy and finding and offering cattle rancher Gene Autry (Gene Autry) a contract. He agrees to go to Hollywood if there is a part for his horse Champion. Gene isn’t aware they only want to use his voice in an animated cartoon. After the preview, he and Champ depart in a huff (Well, actually, Champ was in a trailer). The annoyed Sue also follows and gets work on Gene’s ranch as a cook. Later, the studio heads, while looking at Gene’s screen test, decide he is a natural and want to sign him to a contract. After a few misunderstandings, Gene realizes that Sue is sincere, and he signs a contract to star in a musical western, but first he has to stop a cattle stampede and rout a gang of rustlers trying to blow up his ranch dam. 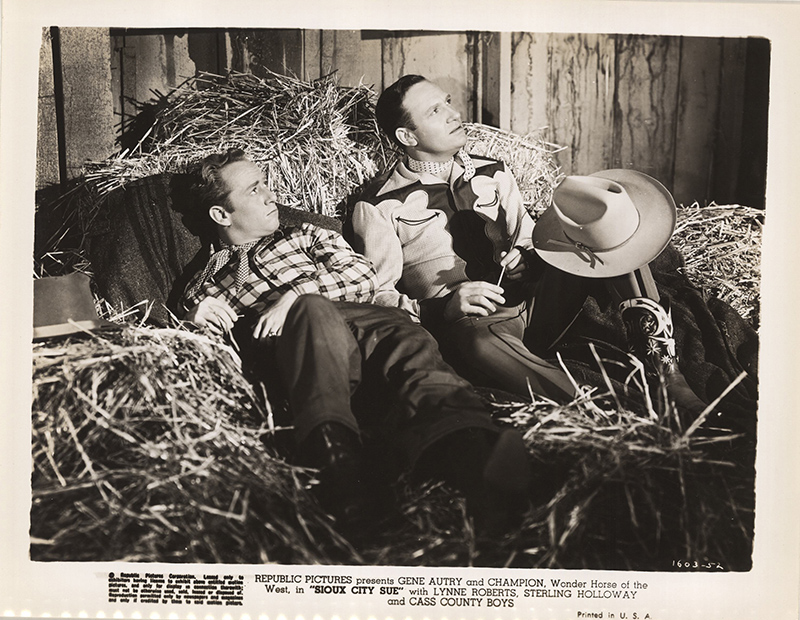