An expedition into the interior of Papua New Guinea comes across a tribe of ape-like people who may or may not be ancestors of early man. However, the influence of modern man is to have devastating effects upon these forgotten people. Skullduggery, the 1970 Gordon Douglas missing link fantasy jungle adventure thriller (“THE TROPI… Was it human?… Animal?… Or the living descendant of the Missing Link!”; “A band of adventurers matches raw courage against the terrors of the New Guinea jungle …to bring back the creature that has haunted science for centuries!”; about two people who find gentle ape people called the Tropi and how they are enslaved by land developers) starring Burt Reynolds, Susan Clark, Roger C. Carmel, Paul Hubschmid, Chips Rafferty, Alexander Knox, and Pat Suzuki

Also Featuring the Cast of Skullduggery 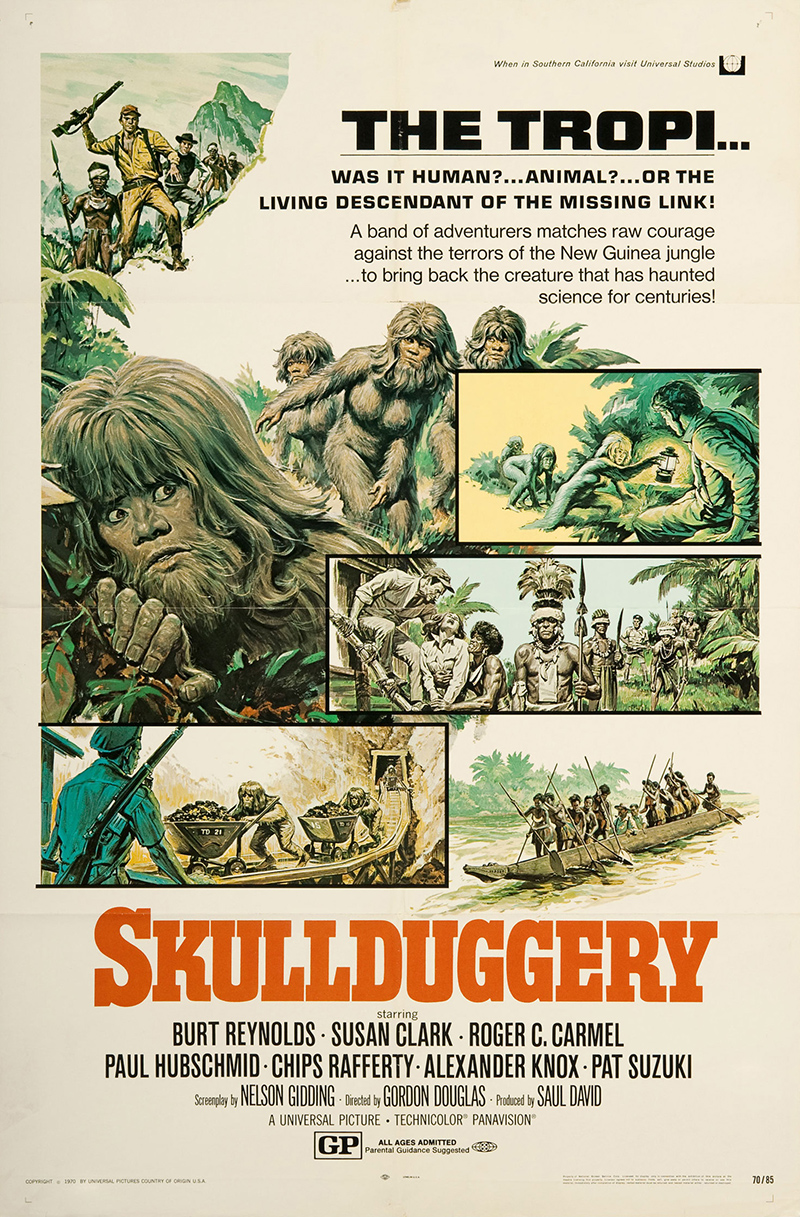 You're viewing: Skullduggery $30.00
Add to cart