Condition Note: (VF) Pinholes on upper left and right corners, in white. Printer applied "snipe" of a large red emblem on the lower left side of the poster. Folded

In 1930’s Austria, a young woman named Maria is failing miserably in her attempts to become a nun. When the Navy captain Georg Von Trapp writes to the convent asking for a governess that can handle his seven mischievous children, Maria is given the job. The Captain’s wife is dead, and he is often away, and runs the household as strictly as he does the ships he sails on. The children are unhappy and resentful of the governesses that their father keeps hiring, and have managed to run each of them off one by one. When Maria arrives, she is initially met with the same hostility, but her kindness, understanding, and sense of fun soon draws them to her and brings some much-needed joy into all their lives — including the Captain’s. Eventually he and Maria find themselves falling in love, even though Georg is already engaged to a Baroness and Maria is still a postulant. The romance makes them both start questioning the decisions they have made. Rodgers and Hammerstein’s The Sound of Music, the classic 1965 Robert Wise family musical (from the hit Broadway play by Rodgers & Hammerstein; Best Director & Best Picture Academy Award winner; “The happiest sound in all the world”; “screenplay by Earnest Lehman”) starring Julie Andrews (in her nominated for Best Actress Academy Award role), Christopher Plummer, Richard Haydn, Peggy Wood (in her nominated for Best Supporting Actress Academy Award role), Charmian Carr, Heather Menzies (best remembered for playing Jessica in the TV version of “Logan’s Run” on CBS), Angela Cartwright, The Bil Baird Marionettes, Eleanor Parker (“as The Baroness”), and Dwayne Chase

Also Featuring the Cast of The Sound of Music 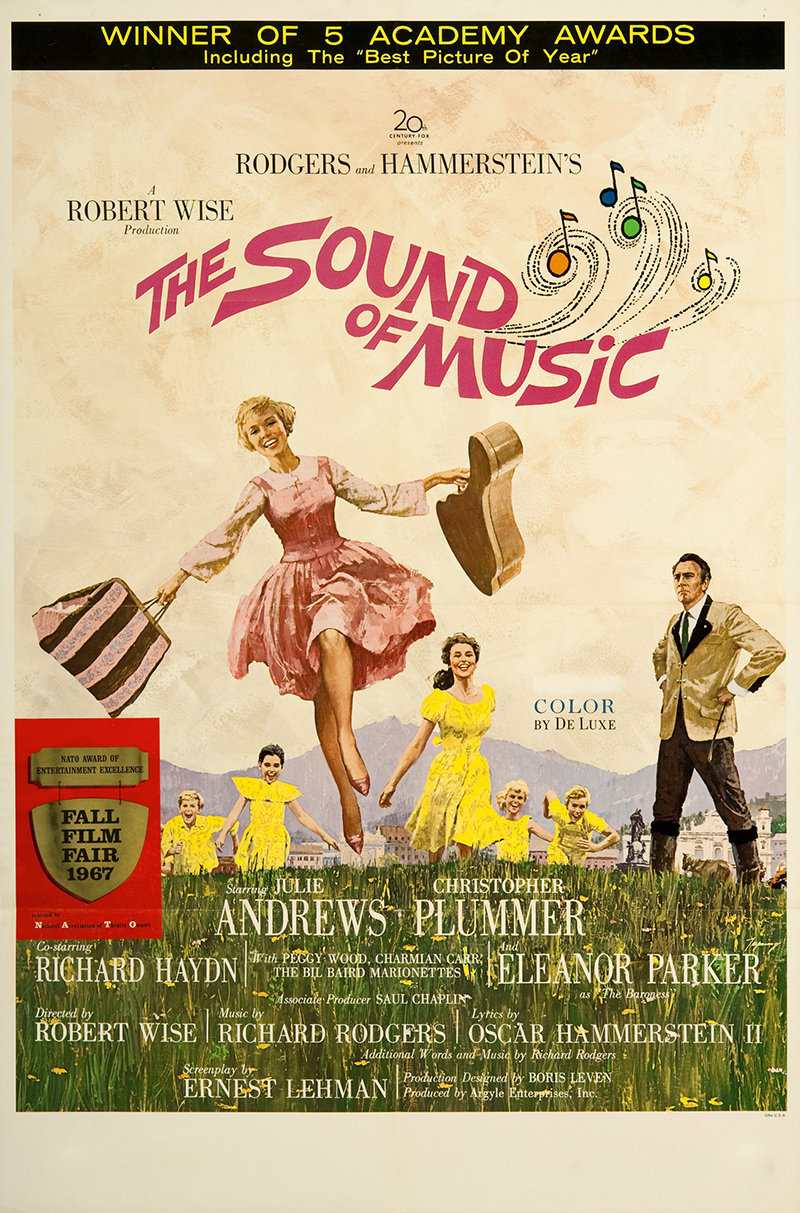