Condition Note: Condition: Good to Very Good Wrinkling and some scuffing throughout, edge wear, tape on left and right borders as well as bottom middle border, pinholes all corners, double-sided

Annie Porter, the woman who was held on a bus with a bomb attached to it that will go off if it slows down. She dated the cop who saved her but broke up with him because he was constantly putting his life in danger. She would then date a guy named Alex who is also a cop but told her that he does a mundane assignment. But she eventually learns that he works for the same unit that the other guy worked for and is also addicted to danger. She wants to break up with but he surprises her with a cruise. She agrees to go. And he’s planning to propose to her. But when he notice another passenger act peculiarly, he can’t help but try to find out what’s up with him. He’s Geiger, a computer man who designed the ship’s systems, who was fired. He then takes over the ship’s systems and sets it on a course that will send it into a tanker. Alex tries to stop him. 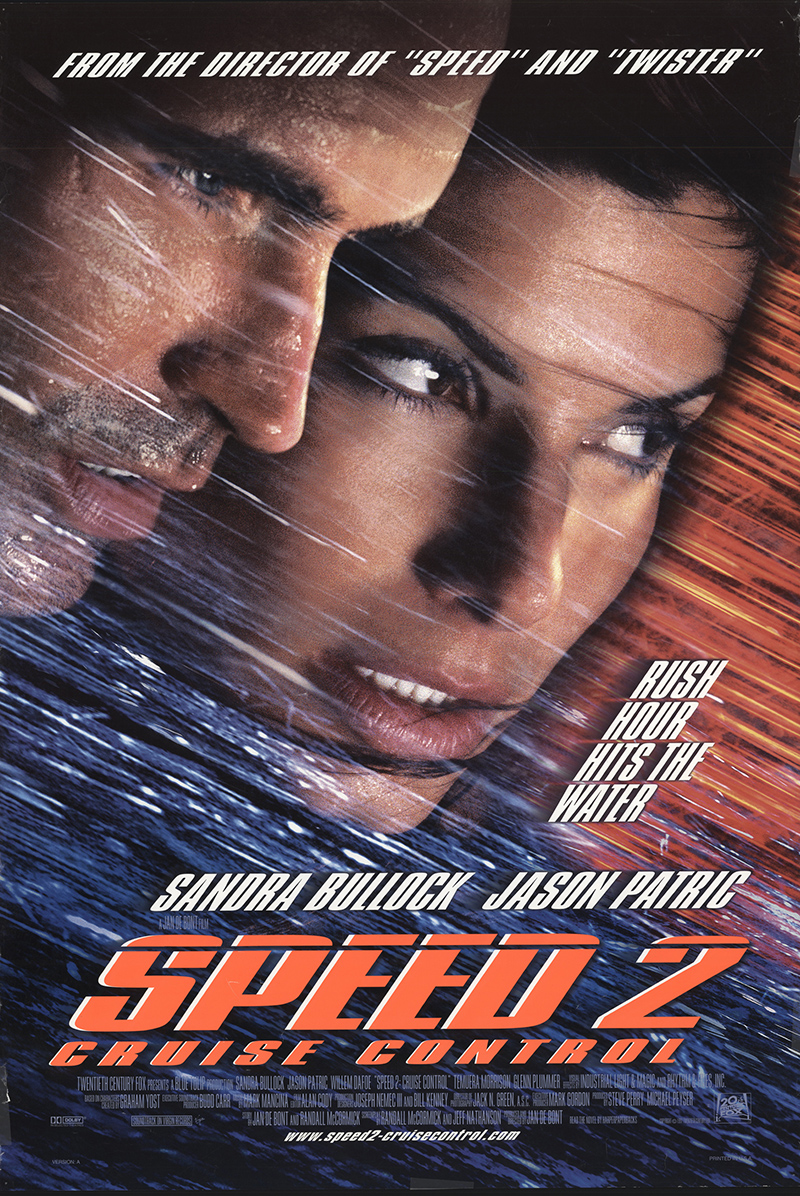