Part IV in George Lucas’ epic, Star Wars: A New Hope opens with a Rebel ship being boarded by the tyrannical Darth Vader. The plot then follows the life of a simple farm boy, Luke Skywalker, as he and his newly met allies (Han Solo, Chewbacca, Obi-Wan Kenobi, C-3PO, R2-D2) attempt to rescue a Rebel leader, Princess Leia, from the clutches of the Empire. The conclusion is culminated as the Rebels, including Skywalker and flying ace Wedge Antilles make an attack on the Empire’s most powerful and ominous weapon, the Death Star. 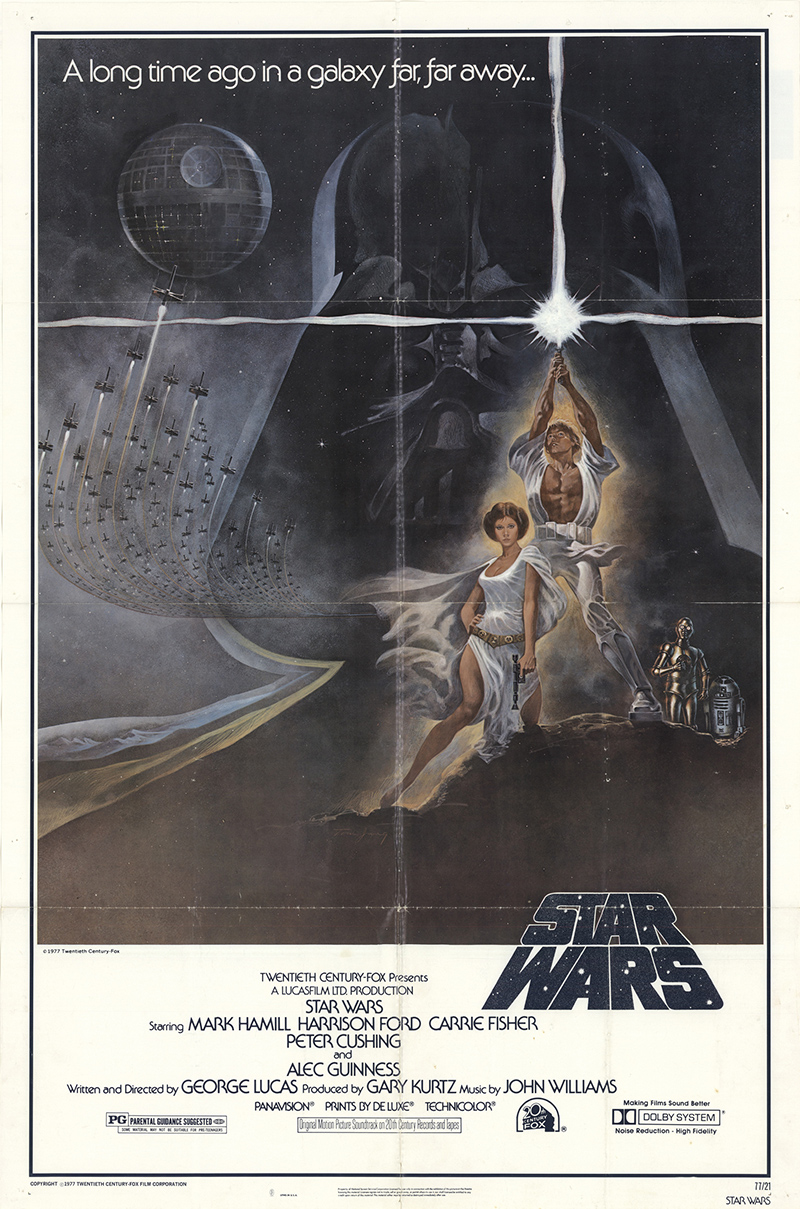