Jenny Hayden never did get over the death of her husband. So when an alien life form decides to model “himself” on the husband, Jenny is understandably confused if not terrified. The alien, or Starman, as he is called, has a deadline to meet, and kidnaps Jenny in order to meet it. John Carpenter’s Starman, the 1984 John Carpenter alien-lands-on-earth and takes-over-human-body and is-hunted-by-typical-evil-government-scientists romantic science fiction (sci-fi) suspense thriller (“He has traveled from a galaxy far beyond our own. He is 100,000 years ahead of us. He has powers we cannot comprehend. And he is about to face the one force in the universe he has yet to conquer. Love.”; “In 1977 Voyager II was launched into space, inviting all life forms in the universe to visit our planet. Get Ready. Company’s Coming.”; produced by Michael Douglas) starring Jeff Bridges (in his nominated for Best Actor Academy Award title role), Karen Allen, Charles Martin Smith, Richard Jaeckel, and Robert Phalen

Also Featuring the Cast of Starman 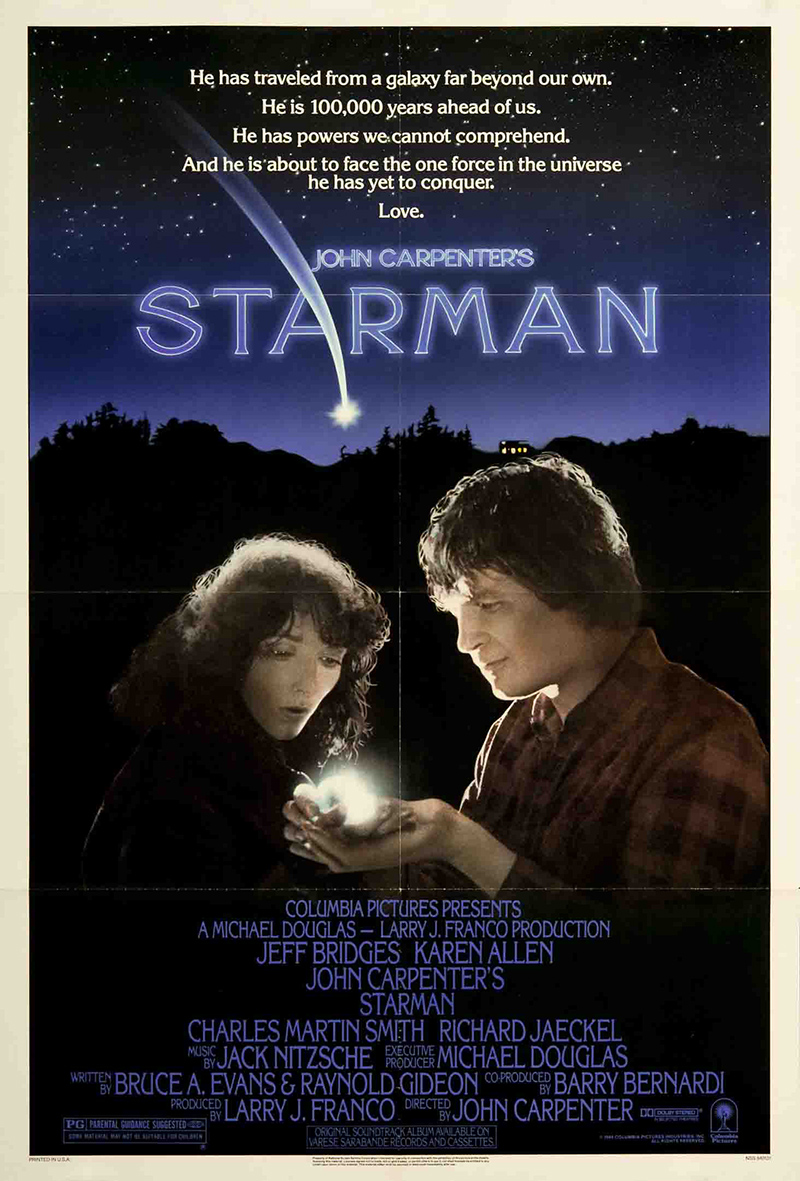