Kaleil Isaza Tuzman and Tom Herman have had a dream since they became friends at age fifteen: get rich by developing their own dot com company, in some aspect of computer technology interface. Now in their late twenties, they have now come up with the idea they believe will make their riches, namely as Tom refers to it, “parking tickets”: the company will be the on-line revenue collection interface for municipal governments. GovWorks.com came into existence in May 1999 with only an idea. The process of building the business focuses on obtaining venture capital based solely on the idea, with the actual mechanics of the website seemingly almost an afterthought, or at least one left primarily to the hired help. Regardless of the strength of the idea itself in raising this capital, another initial problem they face is what they see as non-commitment by a third partner, Kaleil’s friend Chieh Cheung. In early 2000, they do manage to go live with their product to what seems to be a promising and lucrative future. However, the success of the business is fraught with many obstacles including the competition who may have a better product or one introduced in the marketplace earlier, the whims of the economy especially as it concerns the equity market, and the fact that the business has few assets beyond intellectual capital. In addition, their personal focus is solely on the business which places a strain on their personal relationships, Tom’s with his young daughter Tia Herman, and Kaleil’s with his girlfriend Dora Glottman. Their relationship with each other is also tested as it is and always was an inequitable one – Kaleil being the self-admitted alpha dog – and one which may be usurped by business concerns.

Also Featuring the Cast of Startup.com 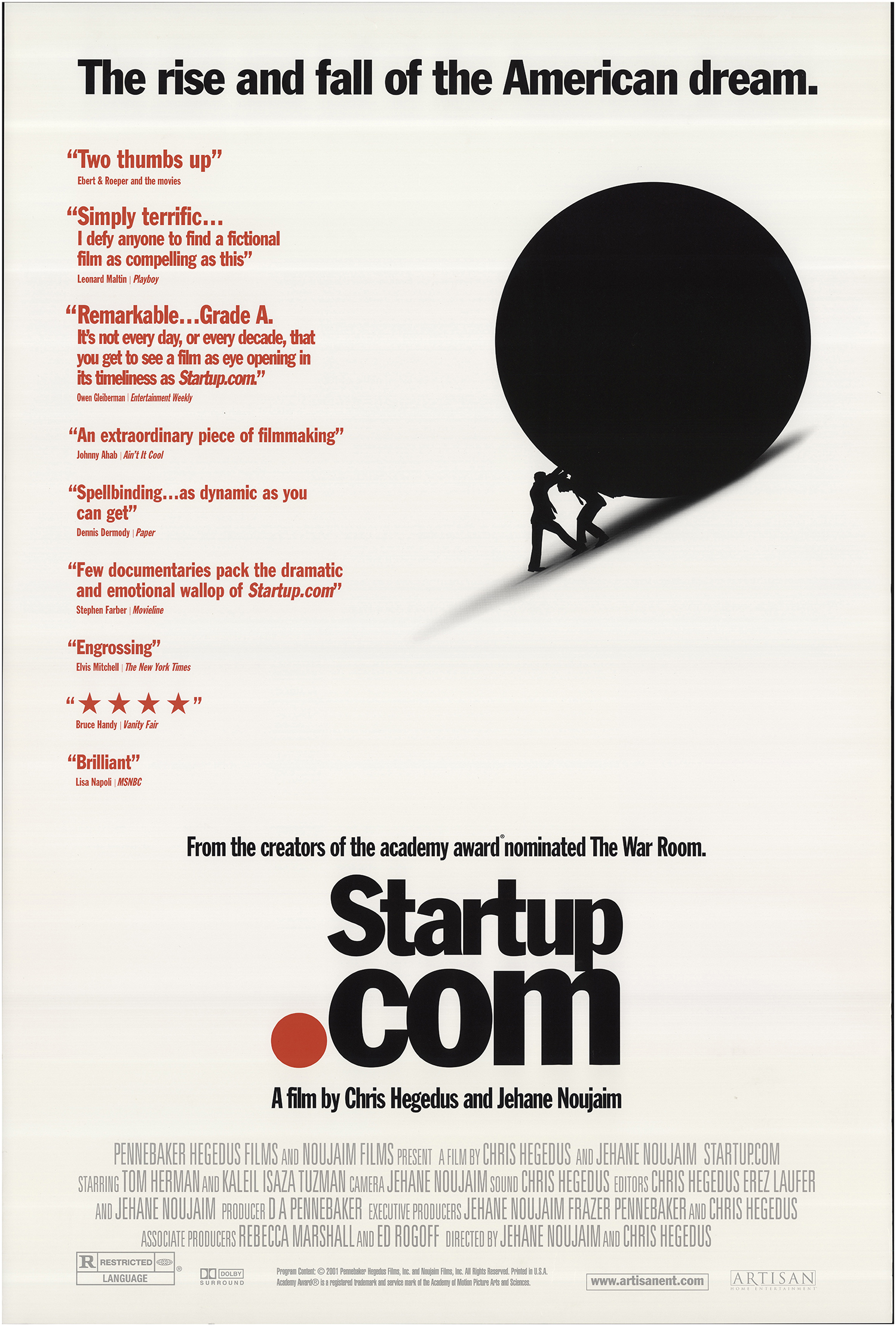