Ruben and Robby are twin brothers, adopted by Mona, one of the wealthiest – and most eccentric – women in Santa Barbara. Ruben is devoted to Mona, but Robby is more devoted to her money. So when Mona leaves her fortune and estate to Ruben it starts a battle between brothers that soon leads to madness, mayhem, and even attempted murder. On Ruben’s side is Lou Perilli an ex-Chicago cop and used car dealer who knows the law – and how to get around it. On Robby’s side is ruthless businessman Reed Tyler, who is out to turn a swift profit on Mona’s property. Walking a shifty line between them is Eddie Agopian, the family lawyer, who doesn’t care which side wins as long as he’s on the winner’s side. But whether they’re stealing big or stealing little, they’re all stealing in this hilarious comedy about greed, power… and brotherly love. 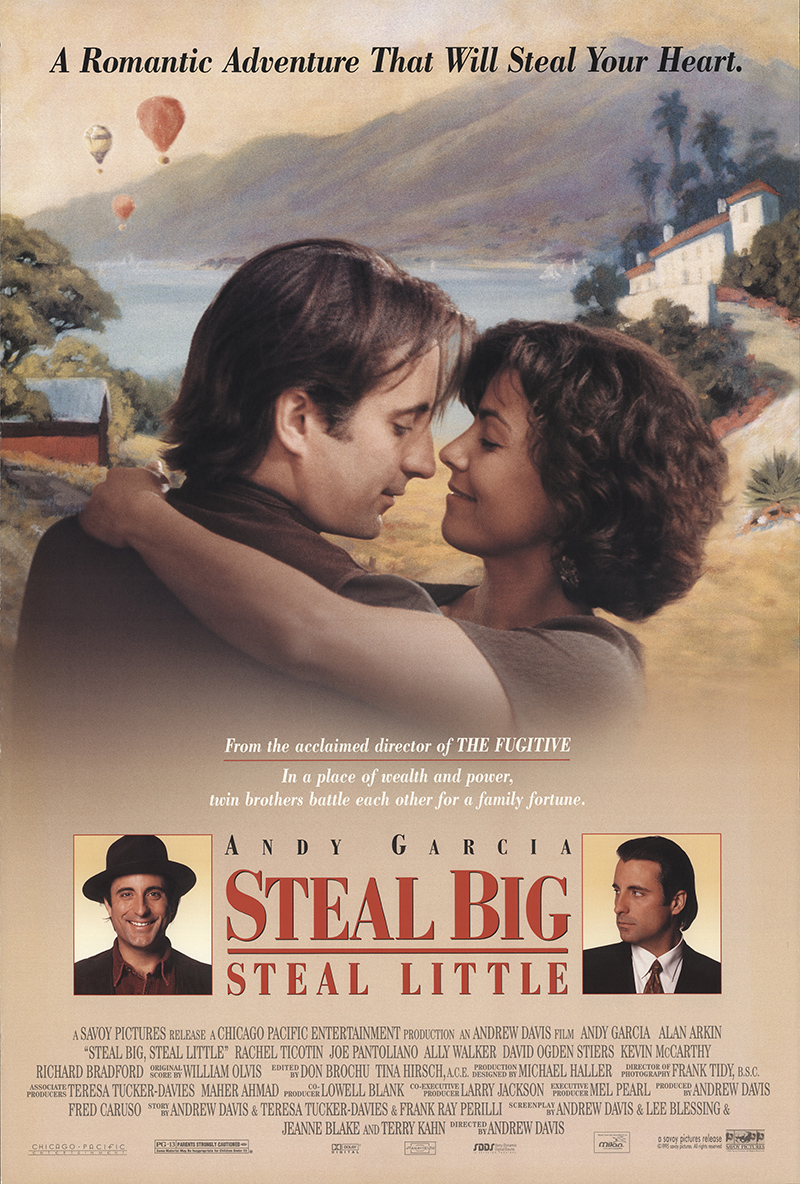