Inspired by the tale from Hebrew scriptures and the Christian Bible, the Moabitess child Ruth is sold to the temple of Chemosh. Years pass and she serves as a priestess to the idol. While arranging a temple ritual, she encounters a Judean family of artisans: Elimelech, his wife Naomi, their sons Chilion and Mahlon, and daughter-in-law Orpah. Ruth is curious about their God, and begins to meet secretly with Mahlon. After tragedy strikes, Ruth follows Naomi and begins a new life in Bethlehem. The Story of Ruth, the 1960 Henry Koster Biblical religious romantic epic (“From Pagan idoltry to the worship of one God…from untouchable priestess to woman immortal!”; “You will rejoice in this epic of faith, love, and devotion… as it was recorded for all-time in the book of books… as it was immortalized forever by 20th Century-Fox”; “Written for the screen by Norman Corwin”) starring Stuart Whitman (as Boaz), Tom Tryon, Peggy Wood (as Naomi), Viveca Lindfors, Jeff Morrow, and Elana Eden (billed as “introducing Elana Eden”; in the title role as Ruth)

Also Featuring the Cast of The Story of Ruth 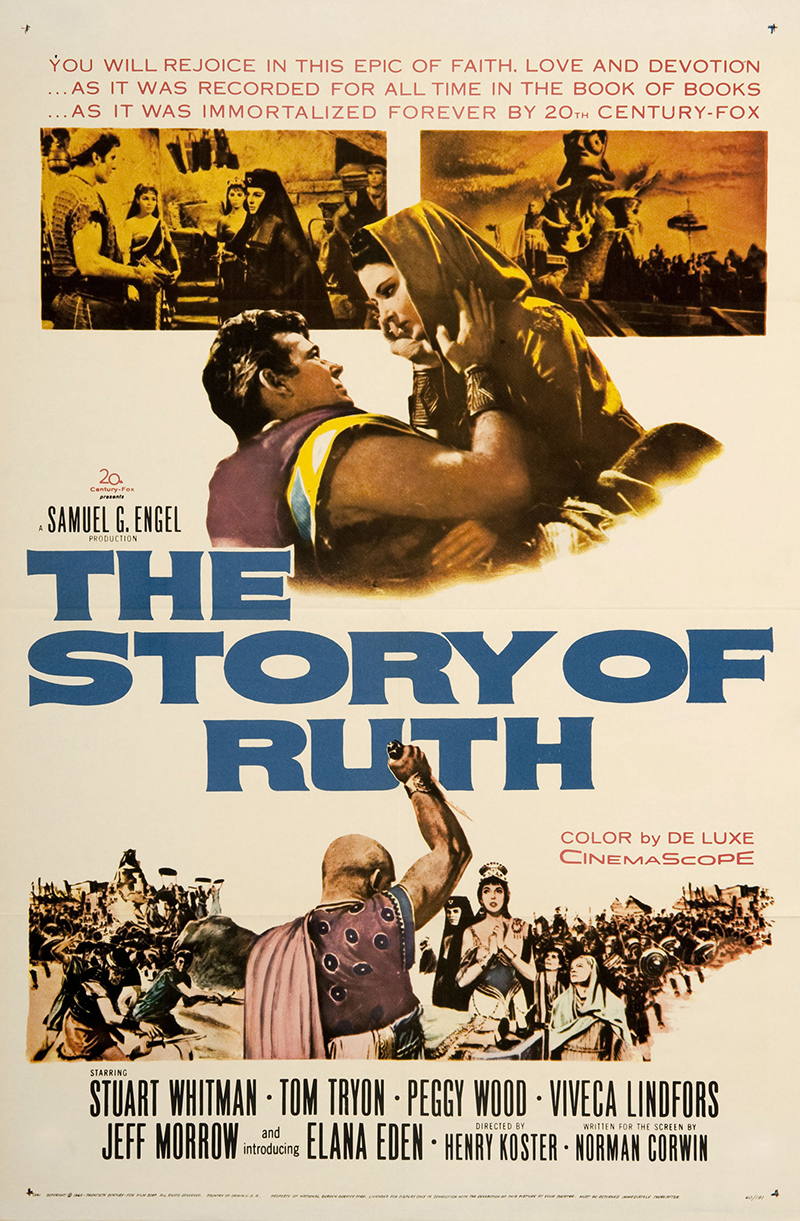