After being released on parole, a burglar attempts to go straight, get a regular job, and just go by the rules. He soon finds himself back in jail at the hands of a power-hungry parole officer. When he is released again, he assaults the parole officer, steals his car, and returns to a life of crime. Straight Time, the 1978 Ulu Grosbard ex-con-trying-to-go-straight-but-can’t-even-though-he-has-incredibly-beautiful-girlfriend romantic crime thriller (“Please God, don’t let him get caught.”; Based on the novel ‘No Beast So Fierce’ by Edward Bunker) starring Dustin Hoffman, Harry Dean Stanton, Gary Busey, Theresa Russell, M. Emmet Walsh, and Rita Taggart 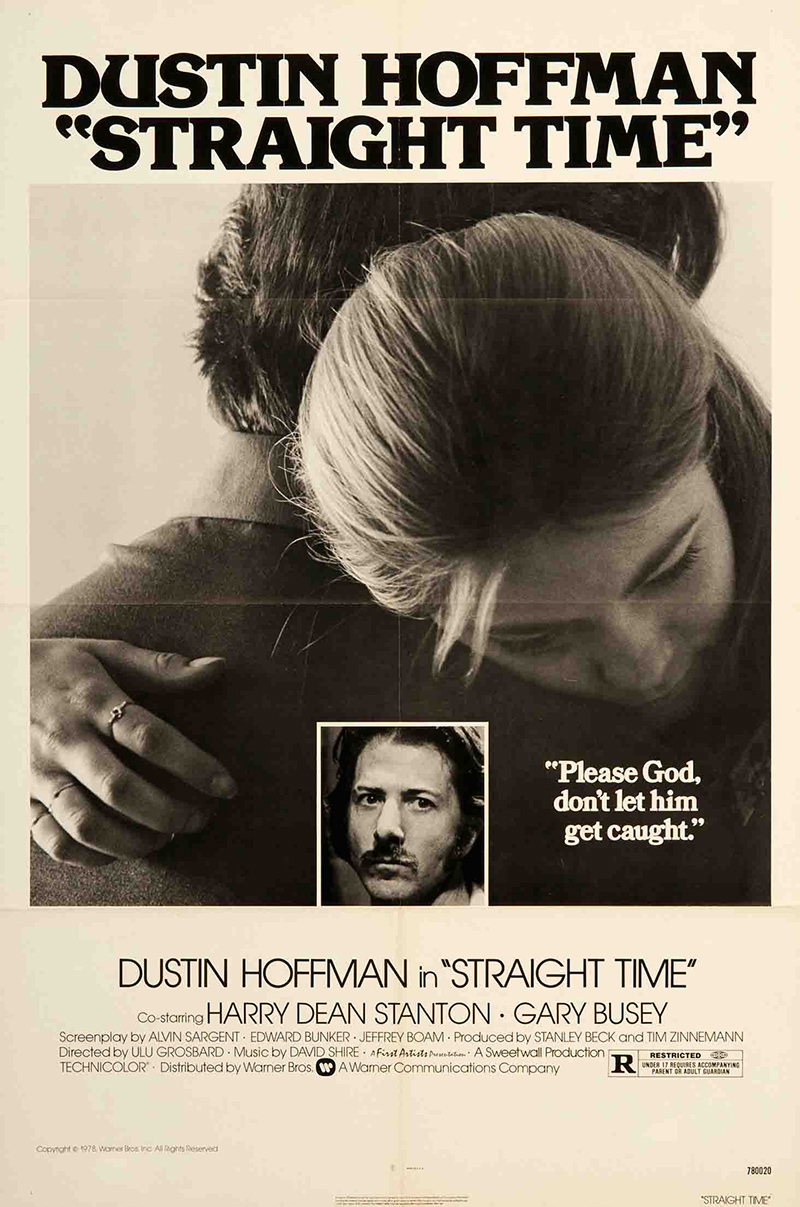