When Timmy Cleary (Sheen), comes home from soldiering, he’s greeted by the open but strained arms of his two parents, John and Nettie, (Neal and Albertson). Once considered sickly and weak, he has now distinguished himself in the service and is ready to begin a new life. His parents, however, are still trapped in the bygone days of early and unresolved marital strife and begin emotionally deteriorating through several drama packed encounters. Now mature, the young Tim Cleary finally understands the family dynamics that has played all throughout his boyhood. By the simple act of bringing his mother roses on behalf of his father, Tim realizes he may have destroyed his family, but is helpless to obtain resolution which must come from both his parents. The Subject Was Roses, the classic 1968 Ulu Grosbard dysfunctional family relationship melodrama (“The story of three strangers A mother… A father… and A son”; from “Frank D. Gilroy’s Pulitzer Prize winning” play) starring Patricia Neal (in her nominated for Best Actress Academy Award role), Jack Albertson (in his Best Supporting Actor Academy Award winning role), Martin Sheen (in his first major big screen role), Don Saxon, and Grant Gordon

Also Featuring the Cast of The Subject Was Roses 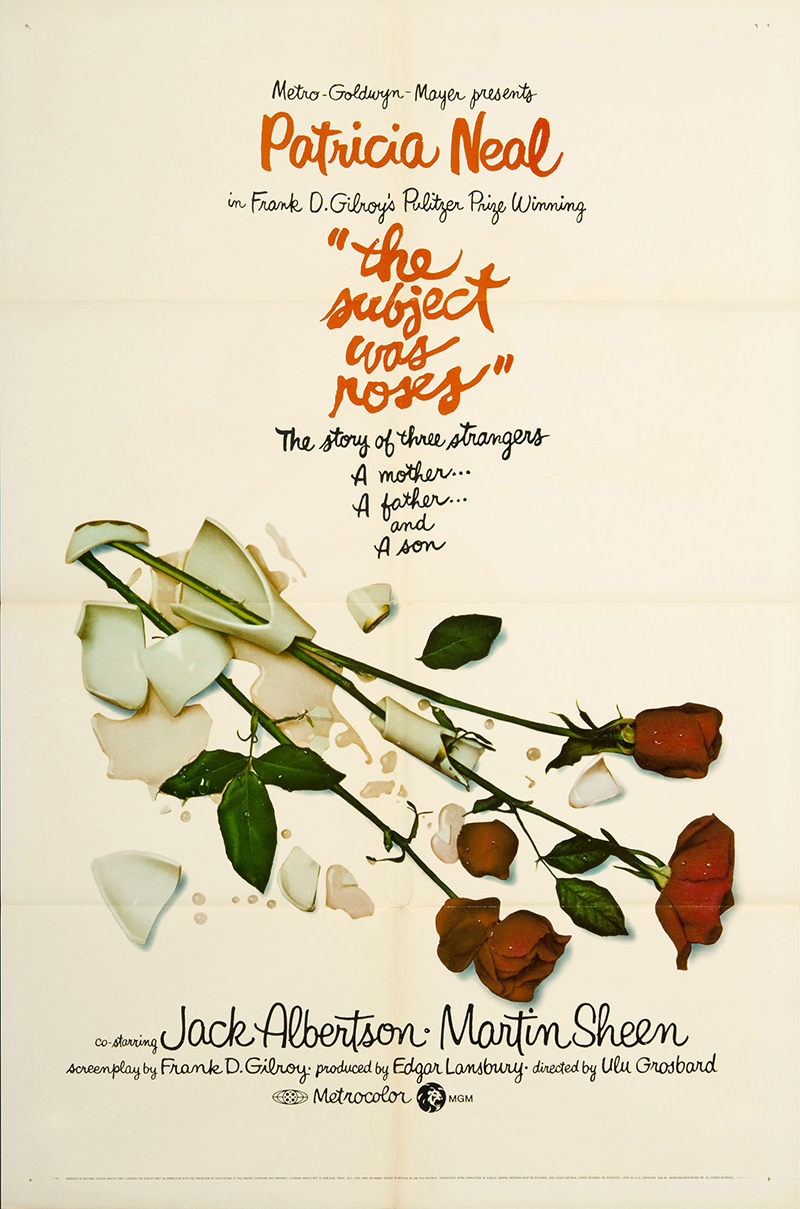