Movie follows four men on four different countries and how they spend their week end. Harry is the chauffeur of an English Lord who meets an American girl who is lost. He takes her to his employer’s estate and spends the night with her. But when a Lady friend of his employer’s shows up things get strange. Harry’s an American who is in mental hospital whose psychiatrist gives him a week end pass to re assimilate. He meets a girl and spends the week end with her. Francois, a French businessman who’s meeting with an American businessman to close an important deal but the man is a lech who is looking for roll in the hay and he asks Francois to set him up with a girl who works for him. And he’s not sure if he should do it. And Armando, an Italian whose wife goes away and while she’s away he finds his old address book and decides to call his old girl friends and see if any of them want to hook up. 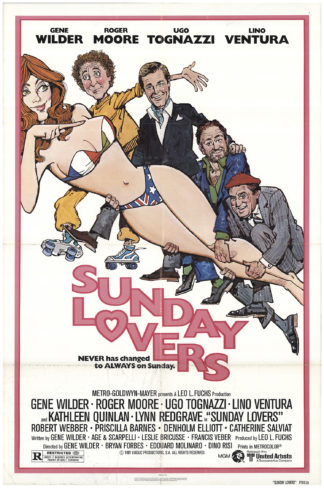