A rivalry is brewing between the soldiers at an otherwise tranquil Army base and the civilians of a nearby Southern town. Suppose They Gave a War and Nobody Came?, the 1970 Hy Averback rednecks versus Army base military comedy (“The motion picture that will melt your chocolate bar.”) starring Brian Keith, Ernest Borgnine, Suzanne Pleshette (best remembered from TV’s “The Bob Newhart Show”), Tom Ewell, Bradford Dillman, Ivan Dixon (best remembered for his role on TV’s “Hogan’s Heroes”; he did not get many movie roles, which was a shame!), Arthur O’Connell, Don Ameche (“as Col. Flanders”), and Tony Curtis (billed as “and starring Tony Curtis as Shannon”)

Also Featuring the Cast of Suppose They Gave a War and Nobody Came? 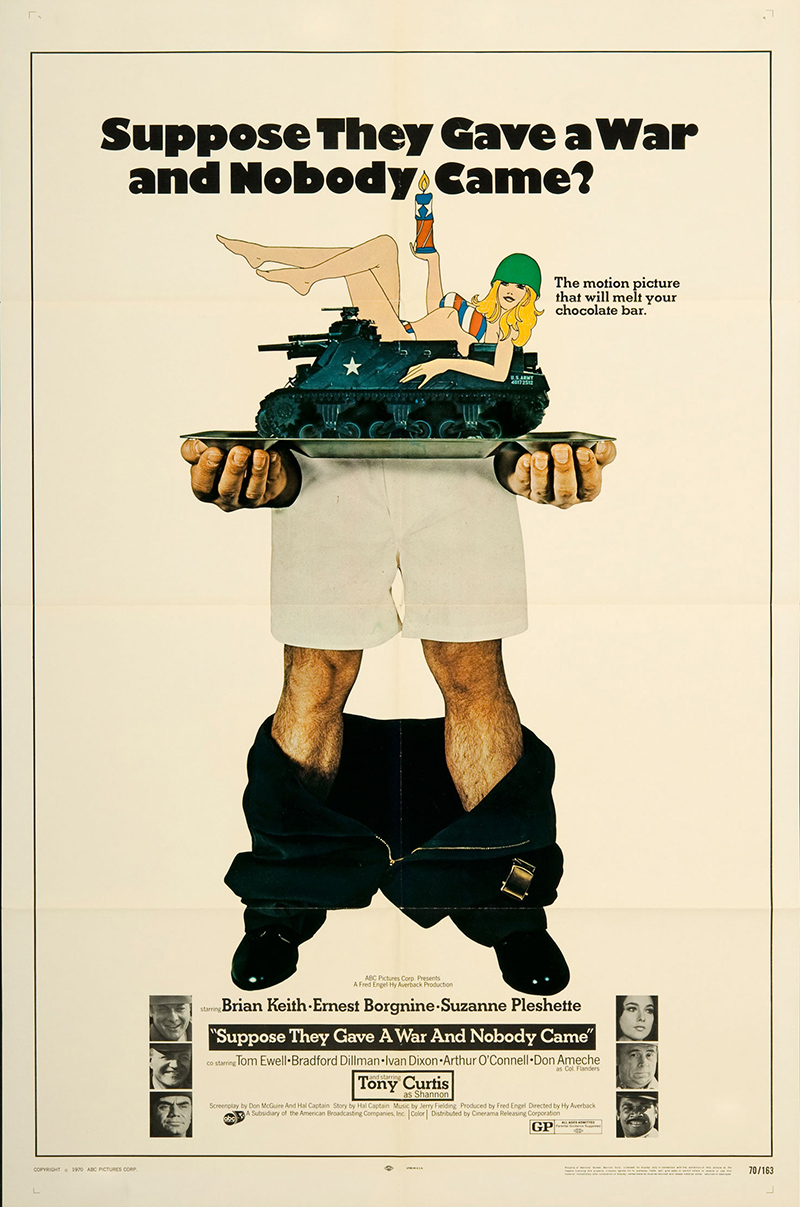 You're viewing: Suppose They Gave a War and Nobody Came? $35.00
Add to cart